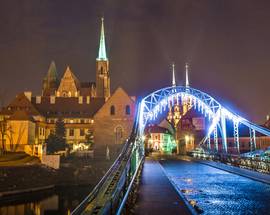 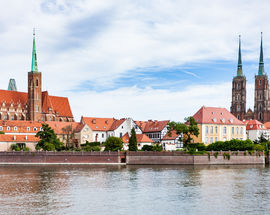 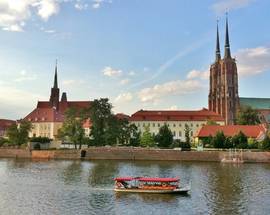 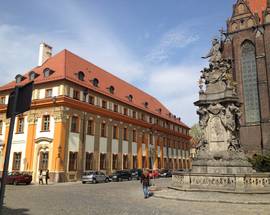 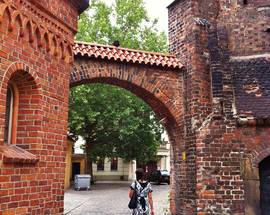 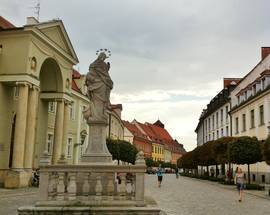 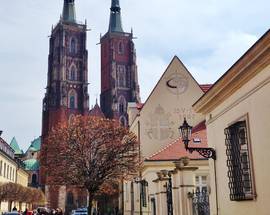 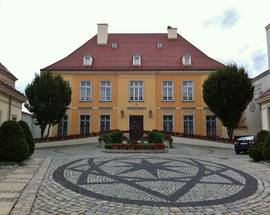 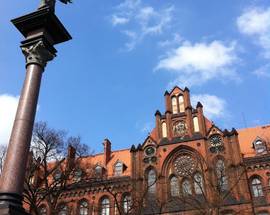 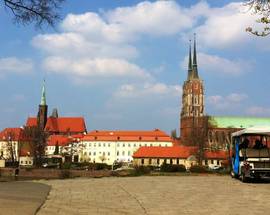 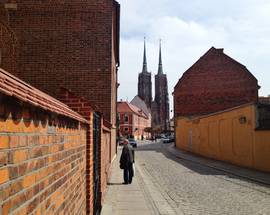 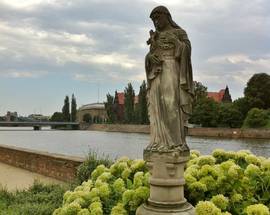 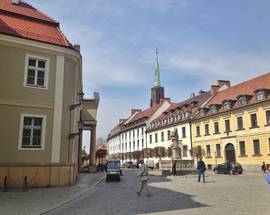 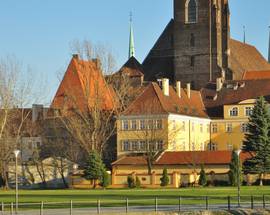 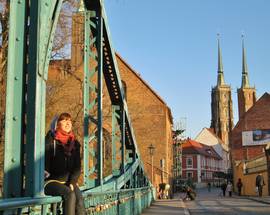 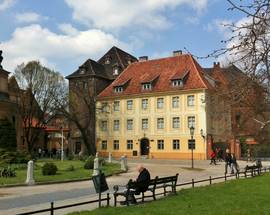 Playing soul to the Rynek’s heart, Ostrów Tumski is the gem at the centre of Wrocław’s crown. This, after all, is where the city began, making it one of the most historically significant parts of town, in addition to its most archaically picturesque. The district’s history has always been closely tied to Catholicism and today you’ll find an incredible concentration of religious buildings across the river, making it an incredibly peaceful place to explore and relax.
During the latter part of the 9th century what is now known as Ostrów Tumski (the name means 'Cathedral Island' in Polish) was settled by a Slavic tribe, the Ślężanie, who considered the island impregnable. The first bishopric in Lower Silesia soon followed in 1000, and for the next two and a half centuries Ostrów Tumski was the centre of Wrocław before the marauding Tartars proved they could indeed make it pregnant (so to speak); pregnant with fire and ruin, that is. After its destruction, the city’s nucleus shifted across the river where its development would be less restricted by rivers. Ostrów Tumski, meanwhile, became a place of almost exclusively religious and royal (the Piast Dynasty built a castle here in the 1260s) significance. With a few exceptions it remains primarily a place of worship and reflection to this day; as such, there are few shops, dwellings, cafes, bars and restaurants, and the Wrocław Archdiocese occupies almost all of the beautifully maintained classical buildings you will see.

One of the first things observant visitors may notice is that though Ostrów Tumski is indeed accessed from central Wrocław by bridge, it is not actually an island. It was until the 19th century, but persistent flooding led town planners to fill in one of the Odra’s tributaries in 1810 (though the city has sadly seen its share of floods since then as well). Seemingly miles from the bustle of Rynek, perhaps the real joy of Ostrów Tumski is its other-worldly feel. Katedralna and Idziego Streets both provide cobbled reminders of the past - Idziego especially, though it lacks the postcard worthy sights of Katedralna, is a particularly gorgeous street, still lit today by original gas lamps and providing the perfect frame for a picturesque, romantic evening stroll. Keep your eyes peeled at dusk for the district’s famous lamplighter as he goes about his daily duty of lighting Ostów Tumski’s gas lamps by hand.

What to See in Ostrów Tumski

A visit to this lovely, peaceful part of Wrocław rightly begins at Most Piaskowy (Sand Bridge). This is the oldest bridge in Wrocław, built in 1861 and an engineering marvel, if no great shakes on the design front. The original bridge, built back in the 11th century, was part of the ancient trade route - the Amber Road, which led from the Baltic Sea to Vienna, and thence to Venice. As you walk along ul. Jadwigi you will pass the Russian Orthodox Church of Sts. Cyril and Methodius, the Baroque-era University Library, and the Gothic Church of the Blessed Virgin on the Sand, famous for its 16th century icon of the Virgin Mary in the northern nave. From here the beloved, iron, 1890-built Most Tumski (Tumski Bridge) leads you across to the oldest part of the city; look out for the statues of St. Jadwiga (Hedwig), Silesia's patron saint, and John the Baptist, Wrocław's patron, at the head of the bridge. Also of note are the padlocks placed on the bridge by newlyweds to symbolise the unbreakable bond they share going forward in life together.

Following ul. Katedralna from there you’ll first come across the Church of Saints Peter & Paul before reaching the impressive monument of John of Nepomuk standing beneath the Church of the Holy Cross, a rare two-level church with two separate parishes. Continuing down picturesque ul. Katedralna you'll pass two of the neighbourhood's only places to rest and refuel - Cafeterie Chic at Katedralna 6 and Lwia Brama at Katedralna 9 - before standing beneath the beautiful Cathedral of St. John the Baptist, famous for its stunning stained glass windows and 16th century altarpiece. To the right of the Cathedral’s main portal is the Archbishop’s Palace, now the Archdiocese Museum (the Archbishop lives elsewhere these days). For those looking for a sanctuary that’s not full of cadavers on crosses, head north to the city’s Botanical Gardens – one of the finest, most picturesque, and sadly overlooked, places for spending time in Wrocław.

What to See in Wrocław's Ostrów Tumski

Cathedral of St. John the Baptist

Pl. Katedralny 18
featured
/wroclaw/cathedral-of-st-john-the-baptist_93619v
One of Wrocław’s most enduring icons, the elegant double-spires of this Gothic building stand like sentinels at the end of ul. Katedralna, and its elaborate …
see more
Featured
Churches

ul. Św. Idziego
/wroclaw/st-giles-church_93625v
Built in the 13th century, this is the only church in Wrocław to have survived the Tatar invasions and is today the oldest active church in the city.
see more
Churches

Church of Our Lady on the Sand

ul. Św. Jadwigi 1
/wroclaw/church-of-our-lady-on-the-sand_157611v
This massive three-nave brick church on Piasek Island traces its beginnings to the mid-12th century, with a brick monastery then built in the 13th century and …
see more
Churches

ul. Świętego Marcina 67-68
/wroclaw/st-martins-church_93622v
This tiny and somewhat irregularly shaped brick church is all that remains of the Piast dynasty’s 13th-century Royal Castle, which once stood on the island. …
see more
Churches

Plac Kościelny
/wroclaw/john-of-nepomuk_149467v
Good old John of Nepomuk can be found everywhere throughout what was once Bohemia, and - as a saint credited with protecting against floods - was indispensable …
see more
Churches

Plac Kościelny
/wroclaw/church-of-the-holy-cross-st-bartholomews_93621v
One of Ostrów Tumski's most beautiful and iconic structures, thanks to a 70m steeple and impressive entry staircase, this curious sanctuary is actually two …
see more
Cafes

ul. Katedralna 6
/wroclaw/cafeterie-chic_40311v
This might just be the quintessential Wrocław café. Search for it (which you must, it is well-disguised) near the Church of the Holy Cross on
see more
Museums

ul. Sienkiewicza 23
/wroclaw/wroclaw-botanical-gardens_93623v
To complete a thorough tour of Ostrów Tumski you should not miss the charming Botanical Gardens. The gardens began life as a scientific pursuit, but have …
see more