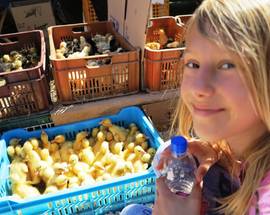 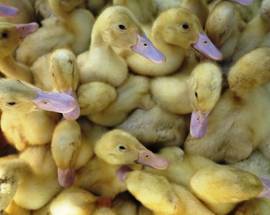 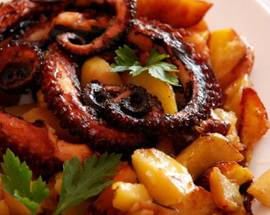 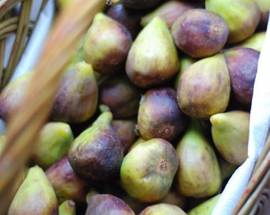 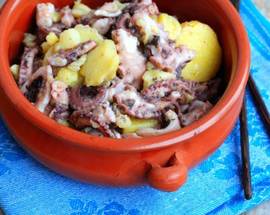 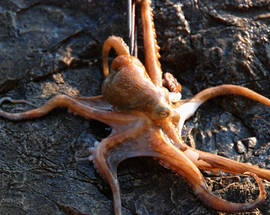 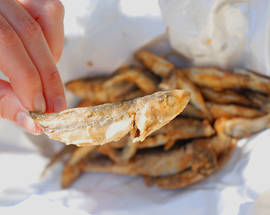 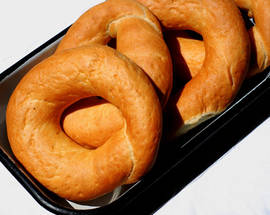 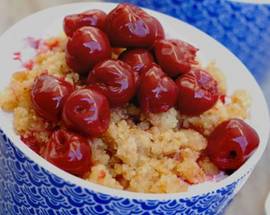 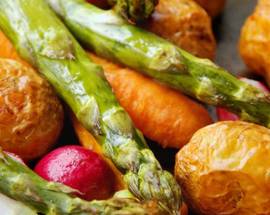 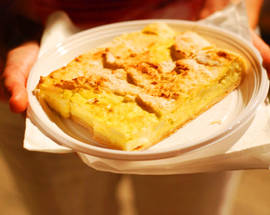 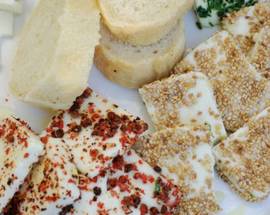 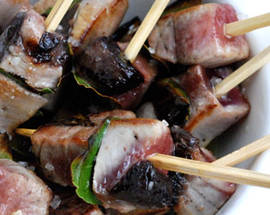 The inhabitants of Zadar live in a fertile horn of plenty. Not only do the locals have the obvious benefit of fresh fish on their doorstep, the city is also backed by a broad belt of land named Ravni kotari – “the flat counties”. Here a combination of sun and rain, rich soil and a clean environment provides great conditions for growing tasty fruit and vegetables. In Zagreb’s open-air markets many a stallholder puts forth a sign proudly proclaiming “Produce of Zadar” to attract buyers with an eye for good food.

However, a trip to Zadar’s market is still a mouth-watering experience. The fish market is a delight, built right into the city ramparts at the spot where the fishing trawlers land with their catch. As well as lush lettuces and crisp chard, you’ll find citrus fruits and kiwis from the islands, fresh and dried figs, home-made olive oil and cut flowers straight from the garden.

Apart from the riches of the fertile plains and seas, Zadar’s gastronomic identity is shaped by the mountains you see to the north. From there comes the tradition of rearing sheep and goats. Both the meat and the milk are the basis of some of the Zadar region’s most interesting specialities.

Let’s get a little bit specific. What should you look out for if you’d like to try the authentic food of the Zadar region?

The obvious place to start. In Zadar’s restaurant’s you can’t miss fish grilled over charcoal or cooked in a brudet sauce. Then there’s risottos, of which crni rižot with black cuttlefish ink may qualify as the most interesting. And seafood prepared na buzaru with white wine, garlic and parsley. Simply delicious.

Look out for the most inexpensive fish; sardines, anchovies and other small fish, deep fried or preserved in salt or oil and vinegar. And Zadar, which has centuries of close contact with Italy, is no bad place for a simple meal of pizza or pasta.

What do people eat at home? Fried fish or squid on Fridays, definitely. On special occasions, salt cod cooked a million different ways, such as na bijelo – with garlic, parsley, white wine and potatoes. This might be followed by pašticada – beef studded with carrots, garlic and smoked bacon and stewed with wine and prunes. On Sundays, meat cooked na lešo in a soup with vegetables, an all-in-one dish that just needs a green salad to round it off. On workdays, pašta fažol – bean stew with pasta, is a popular filler.

In springtime the land from the water’s edge to the foot of the mountains is crawling with folks hunting for asparagus. This wild asparagus, pleasantly bitter in taste, is much prized lightly sautéed with scrambled eggs as a fritaja.

A speciality from this region is vara – chickpeas cooked in water with kidney beans, a local bean called jari grah and sweetcorn, very simply, served just with olive oil. It’s the perfect remedy when you’ve overdone things, purging your blood of cholesterol and other naughties.

Lest you get the wrong idea, Zadar’s interior is a fiercely carnivorous land. On the light side, you might get a turkey (tuka) roasted peka style, under an iron lid heaped with embers. Local turkeys are small and athletic, very different from the big white industrially-farmed birds. Roasted like this with potatoes they’re succulent and delicious.

Then there’s lamb and kid goat. It’s odd that goat meat is little eaten in much of Europe since it’s almost indistinguishable from lamb except it’s less greasy (and certainly more healthy). In the highland regions smoked kid goat is an especial delicacy, usually stewed with vegetables in a dish named kaštradina. Weddings, birthdays and Christmas are unimaginable in these parts without a roast lamb or goat. Both are also prepared lešo style on an everyday basis. Beef and pork don’t figure much on the traditional menu.

Island lamb is particularly prized, notably that from Kornati and Pag where the animals graze on wild herbs laced with salt from the wind. Pag is the centre of Croatia’s cheese industry; a good mature Pag cheese is not dissimilar to Parmesan. At the other end of the cheesy spectrum, a product called skuta is only edible in the first few days of its life at the beginning of the cheese-making process. It’s a light curd cheese, sweetish in flavour, perfect for spreading on bread or for desserts, all the more so as it’s low in fat. You’ll find it on Pag island and also made by families in the hinterland, but rarely elsewhere as it doesn’t keep for long.

You probably won’t find food like this in Zadar itself. To get a broader picture of the cuisine of the region, we highly recommend you take a jaunt inland and keep an eye out for a family-run restaurant or a seosko domaćinstvo – a rural smallholding that serves home-grown food to guests. Or head to Benkovac where there are several culinary festivals each year.

The Zadar region has an excellent microclimate for growing wine. The majority of the wine-growing areas are in the Ravni kotari plains behind the city and in the Bukovica uplands a little further north. There’s also smaller-scale production on the region’s islands, notably Pag. Much of the production is still on a family scale, the products reserved for family and friends. However, the delicate shoots of change are visible like small tendrils on a vine: a number of award-winning small winegrowers have been emerging over the last few years.

The town of Benkovac was until recently best known in commercial winegrowing terms for Rosé Benkovac. However, the winemaking conglomerate that owns the Benkovac winery has planted large amounts of French vines in the village of Korlat and now offers pricey bottles of Syrah, Cabernet Sauvignon and Merlot throughout Croatia under the Korlat brand.

Interestingly, a number of small wine growers are starting up production nurturing indigenous grape varieties and high-quality, sustainable production methods. One is Šime Škaulj in Nadin. He produces the local Maraština variety, a light, fruity wine perfect for summer drinking. He also offers Merlot, Syrah, Cabernet Sauvignon and a Cuvée blend. All his wines are certified organic, and his Cabernet Sauvignon 2010 and 2011 are Decanter magazine silver medal winners. It seems French vines are fond of the local soils.

Not far away in Smilčić, Mladen Anić also produces a fine Maraština as well as a clutch of red wines including Crljenak, a heritage grape variety that is a genetic parent of Zinfandel.

Closer to Benkovac at the tiny village of Podgrađe near the Roman ruins of Asseria, Božo Bačić is also a certified organic winegrower. His dessert wine, Asseria, has won numerous awards including the Decanter World Wine Awards Silver Medal.

Another dessert wine from the Benkovac area is yellow muscat (muškat žuti) from the MasVin plantation at Polača (between Benkovac and Biograd). Muškat žuti is usually grown inland, but the wine has done well here, as its summery straw and acacia nose suggests. Also certified organic, you can pick up this company’s wine (which also includes Crljenak, Merlot and Syrah) in the region’s supermarkets at refreshingly reasonable prices – around 30-35 kn. Look out also for MasVin’s award-winning olive oil.

Moving on to Pag island, Gegić is a native white that the locals grow in quantity. The scant, limestone terrain bathed in sunshine produces a fairly heady brew. A fabulous place to try this and other wines is the Boškinac hotel and winery just outside Stara Novalja. The house wine is gorgeous yet affordable, and though their bottled wines are far from cheap (starting at 200kn) they are well worth splashing out on (pun absolutely intended). Boškinac wines are rarely less than 15% alcohol, but this writer spent a memorable night at Boškinac (my wedding, no less) drinking outrageous quantities of the stuff with friends. Come morning every single one of us was fresh as a daisy, a testament to the extraordinary high quality of these wines.

Who better but a qualified sommelier Jelena to give you tip top tips when it comes to wine.

Korlat Cabernet Sauvignon, Benkovac – Stankovci
Less than 20 kilometres from Zadar is the Korlat Vineyards that produces excellent wines. Their Cabernet Sauvignon is a very powerful complex wine, with a deep and intense ruby ​​red colour and purple reflection. The scent on the nose is rich in berries; dominated by blueberries, currants and black plum. The taste is quite lush with a long finish and ripe tannins. The impact of the barrel is very nicely integrated into the wine. This is a wine that nicely complements venison, beef, and aged cheese dishes.

Vina Punta Skala, Kraljevski vinogradi, Zadar
Pošip is a wine that densely moves in the glass and expresses its fullness through the originality of this great grape variety. The scent of herbs along with fruits such as apricots and figs can be felt. When poured, it seems almost oily and leaves a creamy trail on the pallet. Pošip is excellent with chicken, duck, fish and other lighter meals in general.