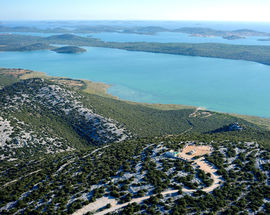 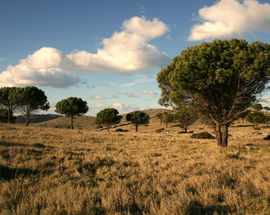 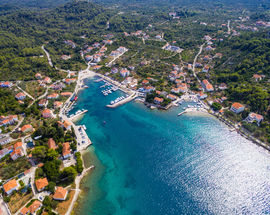 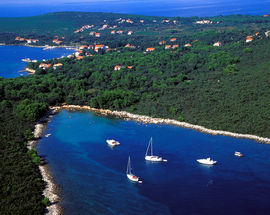 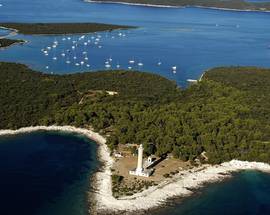 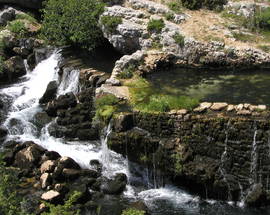 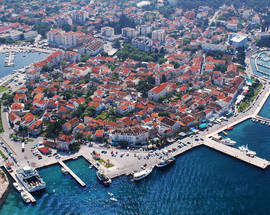 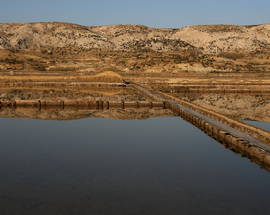 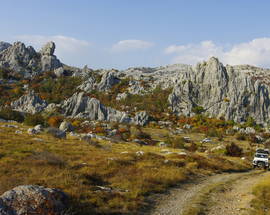 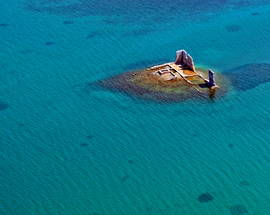 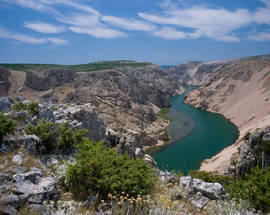 Spending a few days around Zadar

If you consider yourself a true devotee to quality food, autochthonic specialties and some added history in between, then we have the ‘do all, know all’ information about the Zadar region which will certainly enrich your gastronomic and travel experience. There are a couple of culinary hot spots you simply have to experience either for their goodish foodish offers or for the historical tales that add to the entire experience.

For a sense of local fiesta outdoor market style, head to the geographical region known as Ravni kotari where a fair with a century-old tradition takes place on the10th of each month, in the town of Benkovac. This is the closest you’ll get to seeing locals from inland Dalmatia at their prime. Sure, there is livestock, handcrafted tools and pottery for sale, but the food offer adds to that indescribable experience. Lamb on the spit is consumed like water in the desert. Local lamb and goat meat is per excellence, take the opportunity to try ‘lamb tripe with peas’ or rooster under the ‘peka’, an iron bell hovered with burning wood and coal. What surely impresses is the homemade bread baked in the ‘peka’, wood oven style; and if you happen to get a snail or two that were baked alongside the bread, you've got yourself a winning combination. When going to Ravni kotari, a visit to local winemakers is a definite must. See list ...

Posedarje is a place for lovers of prosciutto. The process of salting and drying meat appeared in Dalmatia under Italian influence as brought by their princes and governors. Nowadays, authentic prosciutto from Posedarje is quite the specific product and it seems that the secret is in the climate. Since this area is a combination of wind and sea, the land and air thrives with salt. The livestock here is therefore primed for quality meat! Once in Posedarje you can see the 15th century Church of the Holy Spirit. There is a stone belfry above the entrance door and a bell is kept inside the church which is only set during mass celebrations. There are no decorations or inscriptions on the bell itself. On the feast day of Pentecost, Posedarje also celebrates its Municipality Day. Pentecost is traditionally celebrated with a boat procession along a nearby island where mass is celebrated next to the Early Romanic Church of the Holy Spirit. This happens to be a true gathering as a large number of pilgrims from all surrounding areas come to celebrate.

Then there is the coastal town of Nin for a taste of šokol which is obtained from pork neck meat. It is treated much like prosciutto; for three to seven days it lays in pure sea salt and is then marinated in red wine and coated with several kinds of spices. The unique aromatic flavours and ingredients of herbs from the Velebit Mountain and the sea air itself affect the drying process and the quality of Nin’s šokol.

The Island of Pag is the destination for cheese lovers. From a place called Lun in the north of the island to Povljana in the south, the traditional production of cheese is characteristic of the whole island. The key factor to the success in Pag’s cheese is in its raw content – pure sheep milk native to the island. The other key factor lay in the aging process. Young cheese matures for about five months, while old cheese matures for about a year or more. In order to produce one kilogram of cheese, six litres of sheep milk is used. Years of perfecting the art of cheese making saw Pag cheese Gligora enter the top 10 cheeses of the world in 2010, and has since received the award for ‘The Best Central and Eastern European Cheese’.

For those who want a real getaway there is the peaceful and quiet island of Premuda. It is adjoined to the tiny islet of Školj which locals have nicknamed Lutrošnjak. For generations they have kept sheep on the islet and built little houses called ‘blago’, which were built in the so-called suhozid (dry wall) technique; stone joined in series without any binding material, and some of which still remain. Sheep were kept on the island during the year and women would make cheese in these little houses, staying there for several days.

Much can still be appreciated in Zadar with the culmination of natural resources and applied ancient techniques still so highly valued by its citizens today. It is clear that some things truly can stand the test of time!

Ilirska cesta 7
EDITOR'S PICK
/zadar/the-nin-salt-works-museum-and-shop_100834v
Dating back from the Roman times, this lagoon is filled with the essential elements that have seen the production of salt continue according to traditional …
see more
Editor's pick
Paklenica National Park

EDITOR'S PICK
/zadar/sakarun-dugi-otok_136211v
Looking for that picture perfect beach! Then look no further as Sakarun is one of the most beautiful beaches in the Zadar area. It is situated near the towns …
see more
Editor's pick
Benkovac

Ante Starčevića 2b, Benkovac
/zadar/benkovac-tourist-board_60580v
The town of Benkovac lies 37km from Zadar, at the point where the rock and scrub of the Bukovice karst region meet the fertile Ravni Kotari plains – all part …
see more
Biograd n/m

Put Solina 4
/zadar/biograd-nm-tourist-board_5472v
The small but lively town of Biograd was once an important political centre of the Croatian state and the seat of kings. Croatia's crowned heads of the Middle …
see more
Dugi otok

Obala Petra Lorinija bb, Sali
/zadar/dugi-otok-tourist-board_60511v
Although it's easily accessible from Zadar by boat, Croatia's “Long Island” is rather far out to sea, and so remains one of those few places where you can …
see more
Biograd n/m

X.Jankolovački put 9, Biograd n/m
/zadar/fun-park-biograd_150069v
One of the newest attractions to this part of Croatia is the opening of this Gardaland style Adventure Park in Biograd na Moru. Based on other famous world …
see more
Agritourism

Stankovci
/zadar/gospodarstvo-roca_144747v
Tourism with a very natural touch! Welcome to this farm which is family run and has a primary focus on breeding pork meat (Yorkshire, Landrasse…) The entire …
see more
Top Sights

Sali X 1, Sali
/zadar/nature-park-telascica_60512v
Although it's easily accessible from Zadar by boat, Croatia's “Long Island” is rather far out to sea, and so remains one of those few places where you can …
see more
Nin

Trg braće Radića 3, Nin
/zadar/nin-tourist-board_60600v
The region of Nin has been inhabited for over a staggering three thousand years. It was initially founded by the Illyrians who named the area Aenona. When the …
see more
Pag

Vela ulica 18, Pag
/zadar/pag-tourist-information-centre_60532v
Pag is one of the most unusual Adriatic islands. Parts of it are extremely rocky and devoid of vegetation, and look like the moon. Other parts are reminiscent …
see more
Top Sights

Pašman
/zadar/pasman-tourist-board_60534v
You can reach Pašman either by crossing the road bridge from Ugljan, or by taking the ferry from Biograd to Tkon, the island’s main settlement. Like Ugljan, …
see more
<< < 1 2 3 > >>