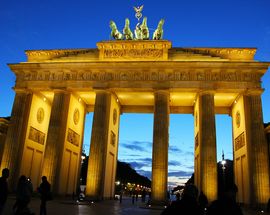 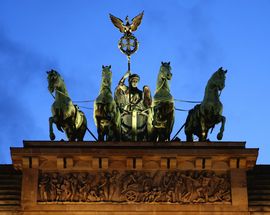 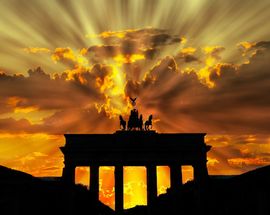 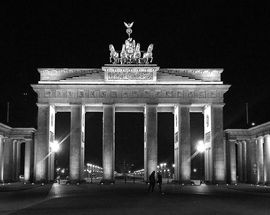 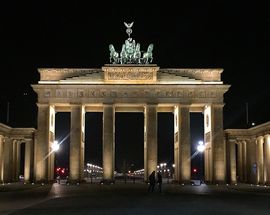 Berlin's landmark monument, built by Carl Langhans in 1792, is the last remaining of 14 city gates. Nike, the goddess of victory, drives the four-horsepower chariot atop the gate. German armies used to begin their parades here, the fascists spoiled the gate by staging their torch-lit marches through it, the war badly damaged it, and then the Wall essentially bricked the patched-up gate in for decades. Berliners celebrated the Wall's fall in 1989 by standing on it in front of the gate, and after renovations the gate is the proud focus point of the renewed square again.

Probably one of the most beautiful site in Berlin and symbol of Berlin.
Take your guide with you Download a pdf