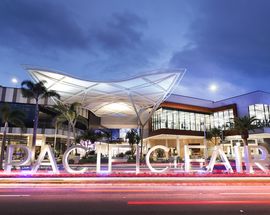 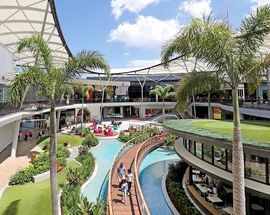 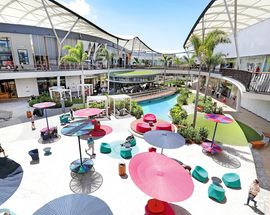 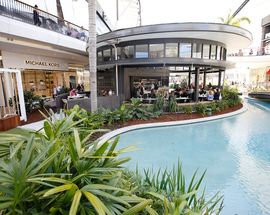 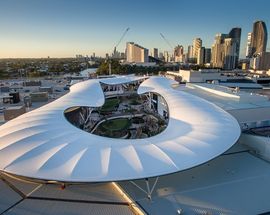 Known simply as Pac Fair to locals, the Pacific Fair Shopping Centre has been a mainstay of the Gold Coast's retail scene since it first opened its doors in Broadbeach all the way back in 1977. Some four decades and several renovations and expansions later – the latest completed in 2016 at a cost of some $700m – Pac Fair is among the largest shopping centres in all of Australia, with more than 150,000 sqm of floorspace, 420 shops and some 6300 (mostly covered) parking spaces.

The retailers range from High Street to high-end, with many of the world's best brands represented, while there are some two dozen restaurant options that also run the gambit from casual to fine-dining. However, for us the best part of the whole Pac Fair experience is the place itself: a unique combination of architecturally impressive indoor and open-air spaces set amongst tropical landscapes, waterways and winding paths that give you the feeling of being in a picturesque town centre rather than a shopping centre.

More than just a shopping or foodie destination, Pac Fair also offers more community oriented activities, such as complimentary yoga sessions and a free kids' club called Little Paccas, with free events, activities and other entertainment on the third Tuesday of each month. If you haven't got your own car, it's also conveniently located a major transport hub, serviced by several Surfside Buslines as well as the G:link light rail, with the Jupiters Resort & Casino and the Gold Coast Convention and Exhibition Centre within walking distance to the north. Lots more info can be found on their website.

Parking is free for the first five hours, after 17:00 if you're seeing a movie or shopping late on Thursday, and all day if you spend over $300.