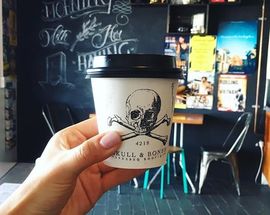 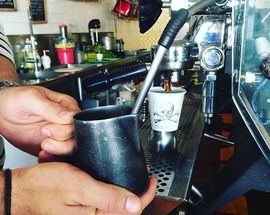 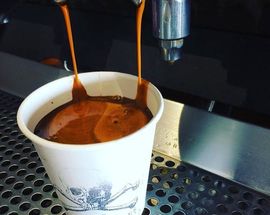 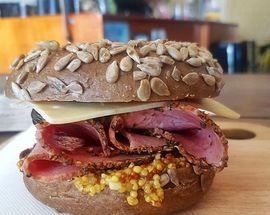 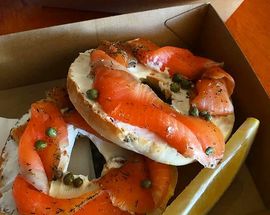 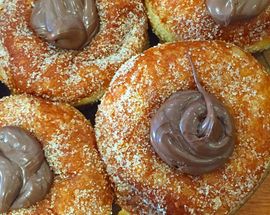 With a name like Skull & Bones you kind of expect a place to be a bit rough around the edges and perhaps even feature some pirate-themed décor or at least a photo of Johnny Depp and the reanimated corpse of Keith Richards. However, these guys are no swashbucklers, and in fact have taken their name and logo from the not-so-secret society at Yale University in the United States, which as everyone knows is a key branch of the global Illuminati. We're not sure what the connection is and think it's probably better not to make any further enquiries, but what we do know is this hole in the wall in Mermaid Beach prepares some of the best coffee on the Gold Coast. This is no surprise once you do the calculations, as it's common knowledge that a team of highly experienced baristas plus specialty roasted beans multiplied by a Kees van der Westen machine with a five-figure price tag equals a mighty fine shot of espresso. What's more, the bagel sandwiches here have also developed their own loyal local following.