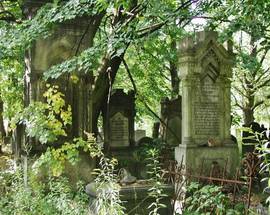 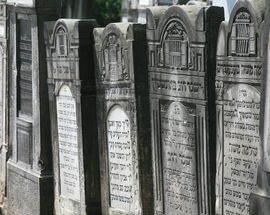 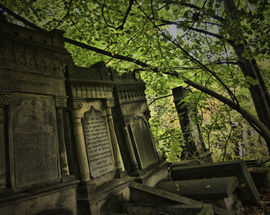 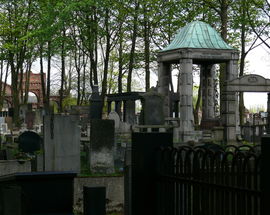 The largest Jewish cemetery in Europe holds 180,000 graves, with many laid to rest inside ostentatious tombs that are works of art themselves (including the biggest Jewish mausoleum which belongs to Israel Poznański). Less ceremonious was the burial of the 45,000 or so Jews who died in the ghetto – you’ll find them interred in the so-called ‘Ghetto Field’ in the south of the cemetery. This is where the ‘clean-up squad’ of around 800 Jews who had remained to clear the ghetto were forced to dig their own graves. The Nazis, surprised by the speed of the Soviet advance, didn’t have time to carry out the execution, and the empty graves have been left as eerie reminder.

ul. Pomorska 18
/lodz/jewish-community-centre-synagogue_22224v
Open for prayer and religious services plus a number of other services provided. The Jewish Information Office on site can help you find information about your Jewish roots in Łódź, how to find a family grave, or how to contact the rabbi, find out about
see more

ul. Rewolucji 1905r. 28
/lodz/reicher-synagogue_19153v
The oldest surviving synagogue in the city was built between 1895 and 1900 by the Reicher family foundation and only survived the Second World War because it was used for storing salt. The war did unfortunately destroy the interior as well as an alleg
see more

01.08.2019
Yacov Falkovitz
Toronto Canada
I am looking for help locating a few graves of my family in the Jewish cemetery in Lodz. I found their names in the cemetery website. It specifies the sections where the graves are located. I am planning to visit Poland in October and hope to visit the graves and pay my respect. My request: Would someone currently living in Lodz be able to visit the cemetery and look for the graves before hand. Please let me know and I will give you the names and sections. This will be greatly appreciated.
Take your guide with you Download a pdf