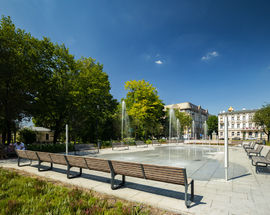 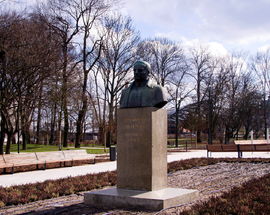 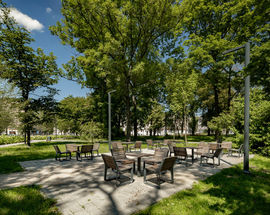 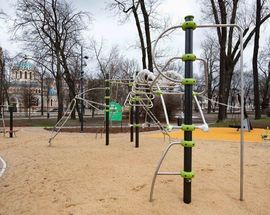 Originally unveiled in 1874 the park you see bordering the Fabryczna train station was initially designed by Hilary Majewski, the architect most associated with the city. Extensively remodeled in 1934 the park was formerly known as 'Park Kolejowy,' and then 'Aleksandrowski,' before acquiring its current name in the 1960s. Named to honour one of Poland’s most eminent composers, Stanisław Moniuszko's bust has seen this park improve immensely in recent years along with the area around it. Today you'll find a modern playground and a popular 'jumping fountain' that will make you wish you'd brought a dry change of clothes for your child. Oops.