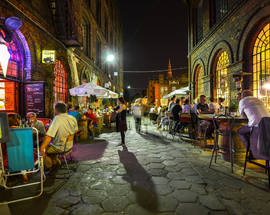 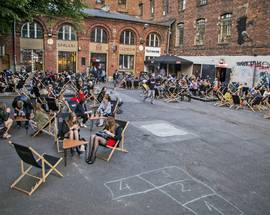 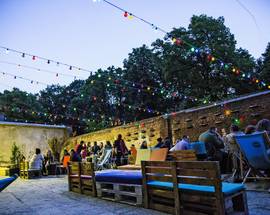 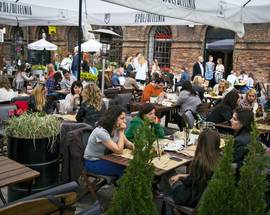 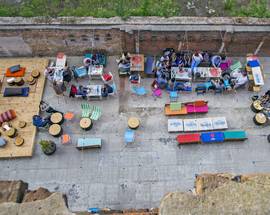 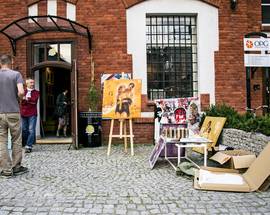 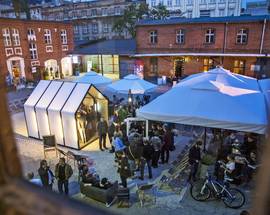 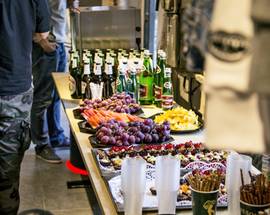 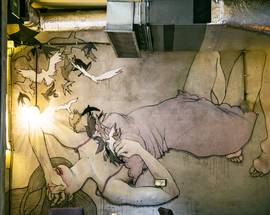 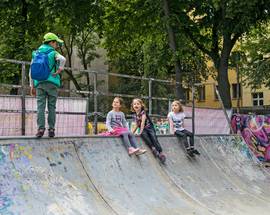 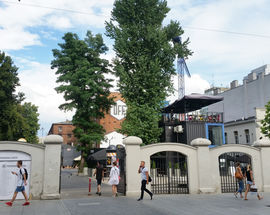 Situated just off ul. Piotrkowska (hence the name) between numbers 138-140, this complex has taken over the beautiful old cotton mill buildings of the former Ramisch factory. Originally from Czechoslovakia, the Ramisch family relocated to Łódź in the 1830’s and in 1850 purchased the first plot of land on which construction of the factory began; adjoining plots were purchased as the empire expanded. By 1909 the factory, in the very heart of the city, was firing on all cylinders. Production continued right up until 1990, after which the buildings and their rich heritage were all but forgotten about and the area fell into a sad and dilapidated state. Up until a few years ago the large plot in front of the factory was known locally as ‘Chinatown’ and was home to many cheap Vietnamese food stalls and vendors.

Towards the end of 2010 the massive potential of the area was spotted by the young and very enthusiastic artistic visionaries of the city, and a whole host of bars, clubs, alternative music venues, studios, independent design companies and publishing houses started appearing in the area.

Reminiscent of similar places in London or Berlin, OFF continues to attract new and off-beat local businesses with their pulse on current trends and fashions. We love the fact that the whole project has taken on its own steam and thrives in the crumbling beauty of the old buildings. The past, the present and the future all coexist magically without the need for the kind of massive investment which would ultimately strip the place of its ramshackle glamour. On the makeover point, it should be mentioned that the current developer/investor has already drawn up plans for a total upgrading and renovation of the area in the style of a mini-Manufaktura; here’s hoping that never goes ahead!

To enter this gem of a place, head through the gate in the ugly sandstone coloured wall at ul. Piotrkowska 138/140 (alternatively you can also enter from ul. Roosevelta 10 or ul. Sienkiewicza 81) into the large space and head towards the huge red brick buildings, you can’t miss them!
Show on map