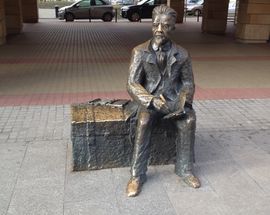 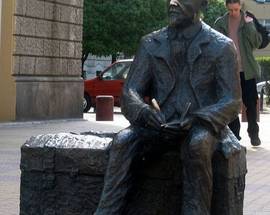 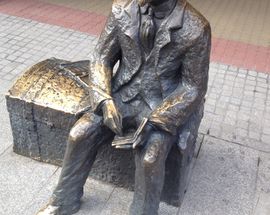 Polish writer and winner of the Nobel Prize for Literature in 1924. Brought up in the town of Tuszyn, close to Łódź, his early life proved inauspicious, with his only formal certificate of education being a qualification as a journeyman tailor. Refusing to make use of such a skill he ran away from home to join a travelling theatre, though financial practicalities forced him to return to his family where he worked for a while as a gateman at the railway crossing near Koluszki. The job failed to grasp his imagination and he worked for a while as a medium alongside a German spiritualist, before once again joining a theatre group. The publication of his work Korespondencje in 1892 saw another career turn and he travelled to Warsaw to pursue a life of writing. Over the following years he became one of Poland’s most prolific and admired writers, and his book Chłopi beat the likes of Mann, Hardy and Gorky to claim the Nobel Prize. Like his book Ziemia Obiecana, Chłopi is a moral tale presented to a background of gritty, industrial-age Łódź. He died the following year in 1925.
The statue you see is yet another work credited to the prolific hand of Marcel Szytenchelm and was unveiled in 2001.