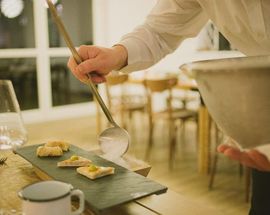 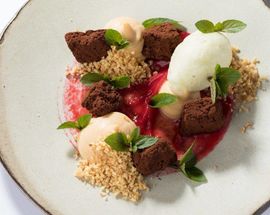 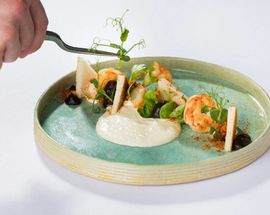 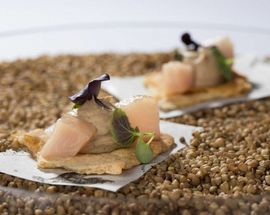 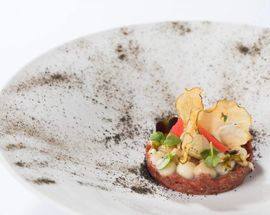 This 'gallery of flavours' is aptly named, as its young, passionate team creates works of art on a daily basis in a truly unique atmosphere. Set on the grounds of Novo Celje Mansion, surrounded by hops fields near Žalec in the Lower Savinja Valley, their philosophy is centred on the artful coalescence of various dichotomies - namely, urban and wild, modern and traditional, local and global - which would sound slightly pretentious if it weren't pulled off with such sincerity, aplomb and undeniable culinary acumen. All of which was duly recognised at The Slovenia Slovenia Restaurant Awards in 2018, when Galerija Okusov took home the inaugural Vox Popoli prize as the most popular choice of the public.