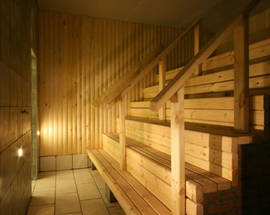 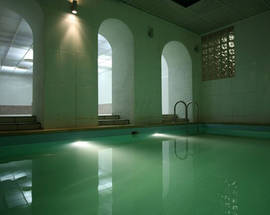 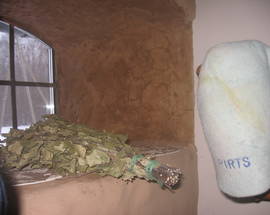 People have been using some form of a sauna since ancient times. Steam baths were the cornerstone of Greco-Roman civilisation and for centuries the Native Americans purged their bodies of sickness in sweathouses across North America. Bathhouses were among the first buildings erected by the Ottoman Turks when they occupied Budapest and modern-day Finns would probably rather endure a life without alcohol than one without a good sauna.

Steam seems to have been an integral part of many cultures throughout history and the Latvians and their ancestors were no strangers to its ‘magical’ properties. The pirts, as a sauna is known in Latvian, served not only as a washing facility and temporary smokehouse for meat and sausages, but also as a birthplace for many Latvian babies in years gone by. The warmest and cleanest structure on a Latvian farm was also the location where mother and baby celebrated the pirtīžas ritual. Although we won’t delve too deeply into the pagan past, suffice it to say that it was the first time that mother and child washed together and symbolic acts were performed to ensure the health and prosperity of the two.

Today, in the sanitary, politically correct EU you’d probably have your child taken away for doing as the ancients did. To many Europeans, accustomed to a day at a gym or a spa, a sauna now consists of a cedar or birch lined closet with a glass door and an electric stove with volcanic rocks inside. Although this watered-down experience is fine for most people, Northern Europeans like the Latvians will tell you that the real McCoy is much better.

A traditional sauna out in the countryside is usually a small wooden cabin with a dressing room on one side and the sauna on the other. A large wood-burning stove covered with large stones is stoked for several hours to bring the room to a respectable temperature, usually about 75 - 95°C. A large metal pot filled with water is also left on the stove. Basins of cold spring or well water are later combined with the hot water to be used for washing. The cold water is also thrown on the burning rocks to create water vapour. The blast of hot steam usually sends greenhorns ducking for cover below the benches, but old hands simply close their eyes and let the steam engulf their bodies.

But hot air and water vapour are but a small part of the experience. Dried birch branches with their green leaves left intact are immersed in the hot water on the stove. Once removed, they are gently brushed over the rocks and then applied to the nearest naked person. Although everyone has their own technique, sauna enthusiasts generally take turns beating one another carefully avoiding the face and genitals. Extremists have even been known to add stinging nettles into the mix for extra ‘pleasure.’ Although it may sound like a horror show, it’s actually not that different from a vigorous massage.

Naturally, human bodies weren’t meant to endure such high temperatures for long stretches of time so sauna-goers periodically cool themselves down with a leap into the icy waters of a stream or pond. Sometimes, they even roll around in the snow for good measure. This cleans off most of the birch leaves and then the washing can begin. Although this activity isn’t meant for people with heart conditions, the average person is left either invigorated or ready for a nap. Excessive alcohol use isn’t encouraged before or after a sauna, but a cold local brew seems like a proper reward after a long battle with extremes of temperature and humidity.

For an authentic sauna ritual the way the ancients used to do it try Lielzemenes (www.lielzemenes.lv) in Vecumnieki.