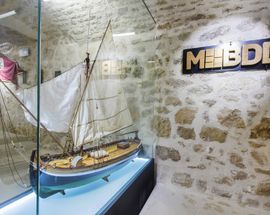 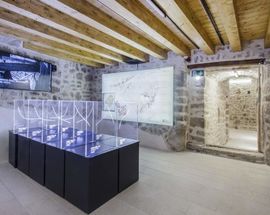 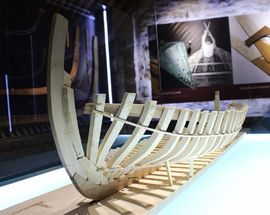 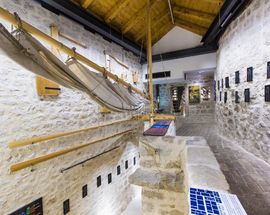 For long stretches of history Croatia’s Adriatic coast has been a major player in maritime history, developing trade networks, building boats, and nurturing shipping dynasties. Dubrovnik in particular can boast an illustrious past as a global mercantile power, but this is only one part of a rich and varied story. The port of Orebić, the island of Silba and the harbour at Veli Lošinj all served as major maritime trading hubs right up until the nineteenth century. There were shipyards all over the place, turning out sailing ships in all shapes and sizes. The introduction of steam ships spelled the end for the Adriatic sailing captains, and Croatia’s sail-powered seafaring culture is nowadays the subject of museum displays and heritage regattas. The skills of wooden shipbuilding are still retained at certain key places along the Adriatic coast, and growing interest in this heritage has led to a renewed appreciation of boatbuilding tradition.

One of the towns which has a long boatbuilding tradition is Betina, a sprawling coastal village that spreads itself over the northeastern corner of Murter island. It is a heritage celebrated in the Betina Museum of Wooden Shipbuilding, opened in 2015 and already one of the most popular visitor attractions in northern Dalmatia. In May 2018 the museum won the European Museum Forum’s Stiletto Prize, awarded annually to museums that have done most to engage with the local community.

Boat-building in Betina probably took off in the 18th century with the arrival of a shipbuilding family from Korčula. Together with the neighbouring town of Murter, Betina was home to a seafaring community in which every family was involved in fishing, merchant shipping, or sheep herding on neighbouring islands. Many folk on the island of Murter owned land on the Kornati archipelago, which necessitated constant travel across the water. Due to the lack of decent roads, Murter people went to Šibenik or Zadar by sea whenever they needed to attend to their business. They even took to their boats when attending weddings and feasts. Everybody needed a boat, in other words, and boat-building became a hugely important sector of the local economy. Betina is one of the few places in Dalmatia where wooden shipbuilding is still practiced, and the timber skeletons of work-in-progress can still be seen on the shoreline slipways that can be seen all along the coast.

The Gajeta, the neat, robust and maneuverable sail-boat for which Betina became famous, was probably developed from Korčula models and adapted to suit local needs. The gajeta wasn’t just designed for fishing, but also for taking livestock to and from the Kornati islands and to transport goods and produce to big-city markets. The leut, a 12-metre cargo boat common to much of Dalmatia, was also made here.

Betina shipbuilders initially made boats for the local community but grew in time to become the main regional suppliers of ships, serving clients all over northern Dalmatia. During the inter-war years, faced by declining demand for wooden sail-boats, Betina shipbuilders opened branches in other towns (such as Kali on the island of Ugljan or Sukošan near Zadar) in an attempt to retain their dominance in the north-Dalmatia market. After World War II the Betina yards were nationalized and refocused on the construction of bigger, motor-powered ships. The emergence of plastic-hulled boats reduced further the demand for the traditional wooden affairs made in Betina, however, and nowadays Betina’s yards concentrate on carrying out repairs on wooden boats or constructing small wooden boats for individual clients. The traditional gajeta is still produced here, but is nowadays adapted for the use of an outboard motor a well as retaining its single triangular sail.

The museum plays an important role in the local community because it educates current generations about traditional skills which, although still used, are no longer practiced by the majority. The local community played an important role in providing the museum with exhibits, rescuing boat-making tools from their workshops, passing on family photographs of boats both under construction and under sail. Pretty much everything on display was donated by local people, and much of the museum’s narration was provided by individual memories. Many local people appear in the films and visual materials which form such an important part of the display.

The preservation of working, seaworthy craft is an important part of the museum’s mission. Historic boats belonging to the museum collection are moored in the village’s new harbour to provide an outdoor, publicly-accessible extension to the display. There are over 50 craft bobbing up and down at anchor, including not just examples of the gajeta but also the smaller, oar-powered vessels known as kaići and lađe.

One of the most cherished exhibits in the open-air section is Cicibela, a typical example of a traditional gajeta made on the island of Ugljan in 1931. It’s a boat that comes with a considerable amount of history, having been used to shuttle refugees from the Dalmatian mainland to the Kornati islands under the cover of night during World War II. It survived to become a tourist taxi-boat in the 1960s, was subjected to shell damage during the Homeland War of 1991-5, and was finally restored to take its place in the new museum in 2017.

The idea of the Betina gajeta as a part of living tradition is celebrated every August with the Regata za dušo i tilo (“Regatta for soul and body”), when as many as 70 of the craft hoist their sail and set off into the blue yonder. With the event rounded off with an evening of music and feasting, it’s a great time to be on the island.

The Betina Museum of Wooden Shipbuilding is open daily June-Oct and from Monday to Friday Nov-May. Check the website for exact times.