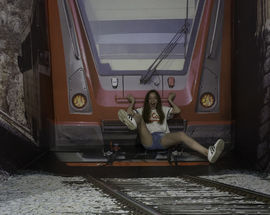 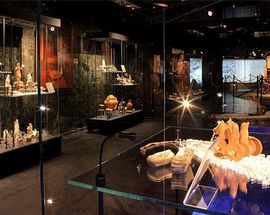 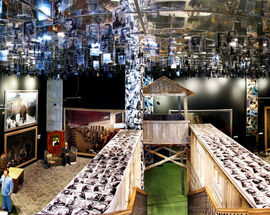 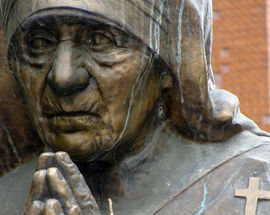 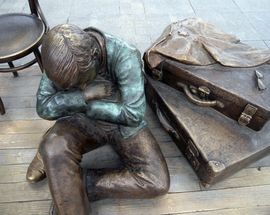 Macedonia is a country with a long and rich history, and remains of its history are preserved in the numerous museums, most of them located in the capital, Skopje. If you don't have enough time to visit all of them, and most are definitely worth a visit, here are top five must-see museums in town.

To experience just how much your eyes and brain can be deceived, go check out the fascinating and informative Museum of Illusions. Best enjoyed by groups so you can see each other be transformed, take the family, friends or colleagues for a fun-packed hour or two exploring its three floors of optical illusions and mind-bending installations. There’s also a projection room where you can try your hand at one of their mind-bending puzzles.

The Archaeological Museum of Macedonia is situated on the left bank of Vardar river, next to Skopje's landmark the old Stone Bridge. This museum institution is the oldest of its kind in the Republic of Macedonia existing for almost a century.  Its permanent exhibition presents over 7000 artifacts of extraordinary historical, cultural, and art values. These artifacts tell stories of the local inhabitants, their material and spiritual cultures from early prehistory to the end of the Ottoman period.

Museum of the Macedonian Struggle

Opened in 2011 on the 20th anniversary of Macedonian independence, the Museum of the Macedonian Struggle for Statehood and Independence to give it its full name charts the long and often painful history of the nation as it sought to seek its own sovereignty from the period of Ottoman occupation through to 1991. Composed of 13 separate rooms focusing on different aspects of the struggle, the museum is packed with fascinating artefacts, documents and weapons and also features a collection of wax models representing some of the most important heroes of the period. Visitors are guided through the exhibition by a group of young and friendly local historians.

Built on the site of the former Sacred Heart of Jesus Cathedral in which she was baptised and located inside a like contender for the title of the world’s ugliest building, this interesting diversion for some and compulsory pilgrimage for others celebrates the life and work of the Skopje-born Catholic nun and missionary Anjezë Gonxhe Bojaxhiu, better known to the world as Mother Teresa (1910-1997). On two floors and entered through the door at the top of the stairs, inside is a host of Teresa-related memorabilia, personal effects and, on the top floor, a veritable shrine complete with large windows, intricate filigree and a large black and white photograph of the woman herself.

Maksim Gorki 10
featured
/skopje/museum-of-illusions_154424v
To experience just how much your eyes and brain can be deceived, go check out the fascinating and informative Museum of Illusions. Best enjoyed by groups so …
see more
Featured
Museums & Galleries

Kej Dimitar Vlahov
/skopje/archaeological-museum-of-r-north-macedonia_150515v
The Archaeological Museum of Republic of North Macedonia is situated on the left bank of Vardar river, next to Skopje’s landmark the old Stone Bridge. This …
see more
Museums & Galleries

Museum of the Macedonian Struggle

11 Mart 1
featured
/skopje/museum-of-the-macedonian-struggle_150516v
Opened in 2011 on the 20th anniversary of Macedonian independence, the Museum of the Macedonian Struggle for Statehood and Independence to give it its full …
see more
Featured
Museums & Galleries

Samoilova 2
featured
/skopje/holocaust-memorial-center_150529v
Holocaust Memorial Center was opened in March 2011 and it is located in the City Center, at the location of the old Jewish Quarter of Skopje. Holocaust …
see more
Featured