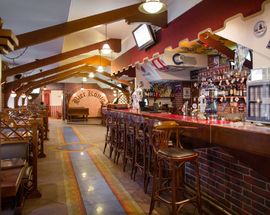 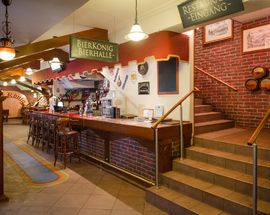 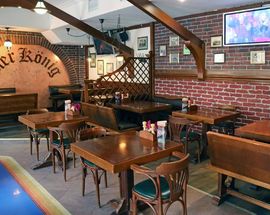 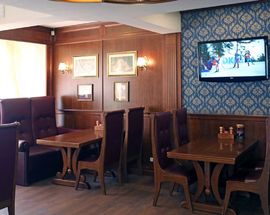 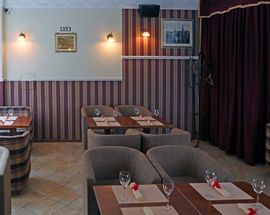 Perhaps surprisingly for some, the numbers indicate that beer is in fact the most popular beverage among adult Russians. These statistics perhaps explain the large number of beer-featuring bars and pubs around the city. The welcoming Beer König is a fine example of such an establishment – a traditional German pub that offers you a great selection of imported brews in two downtown locations. The food is worthy of the highest praise; the hearty hospitality of Bavaria is evident not only in the quality of the meals but in the heftiness of the portions as well. Predictably, pork dominates the menu and the place excels in sausages and meaty salads. Also at Gorokhovaya ul. 40 (metro Sennaya pl.).