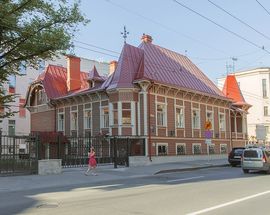 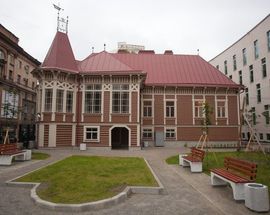 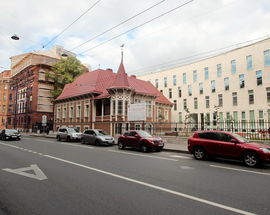 Until 1861, individuals were not allowed to build stone structures on the Petrograd side so this area was dotted with wooden mansions. Back then, on the territory near the future Dobbert Mansion, you could find the wooden mansion of government advisor Greff. At the end of the 19th century, an architect from Riga by the name of Reinberg rebuilt it for the wife of doctor Dobbert in a neo-romantic style with gothic elements. Following the 1917 Revolution, this mansion housed a kindergarten.

At the present it is abandoned but there are plans to convert it in the near future into the mediatheque of the Theater of Modern Dance of Boris Eifman.