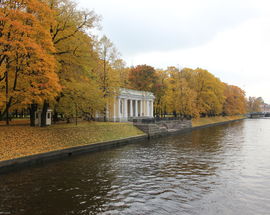 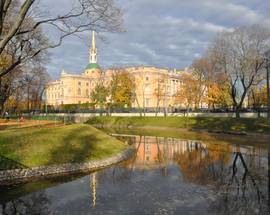 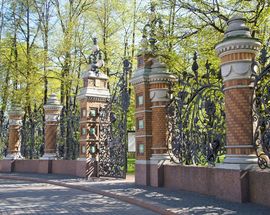 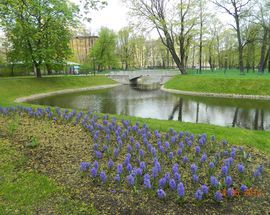 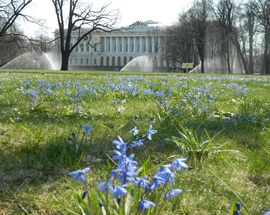 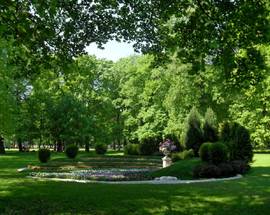 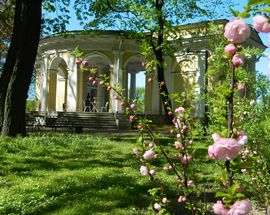 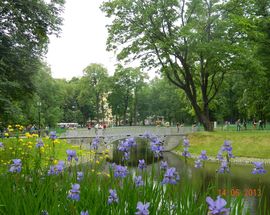 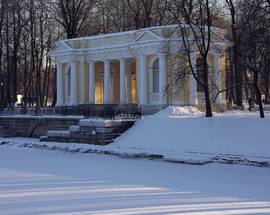 The garden is an integral part of the composition of central St. Petersburg, which includes the Summer Garden and the Mars Field. During its long existence the garden has changed its layout many times in accordance with new fashion trends and its owners’ tastes.

At first, the lands of the current Summer, Mikhailovsky and Ingeneering Gardens were rural settlements and the estate and hunting lands of Captain Konau, which is shown in a layout dated from 1698. In 1716–1717, the architect Leblond made a general layout of the three Summer Gardens based on Peter the Great’s request. The First and the Second Gardens were on the land of the present Summer Garden. The third garden was in the place where Catherine I’s palace was in the 17th century. The Mikhailovsky Garden was part of the Third Summer Garden and was called the Swedish Garden.

Approved by Peter the Great himself, Leblond’s plan was in fact a project uniting a grand palace and a park ensemble. The northeastern part, where the palace of Catherine I was situated, was the main part. The image of the palace in the layout is nearly the same as the layout of the central part of the Central Chambers of Peter I in Peterhof. Near the palace, fir trees were cut in the shape of pyramids. An alley of chestnut trees led to a big parterre with a trellis arbor and a shaped basin with a fountain and sculpture. Mikhailovsky Garden was in the private possession until the moment of the Russian Museum’s foundation in 1895, when it opened its doors to the people. In 1999, having almost completely lost its historical appearance, the garden became part of the Russian Museum.

The 21st century was a turning point for the contemporary history of Mikhailovsky Garden: having undergone large-scale reconstruction and renovation, it continued its life not only as a unique monument of landscape architecture, but also as modern, green and open-air museum space. 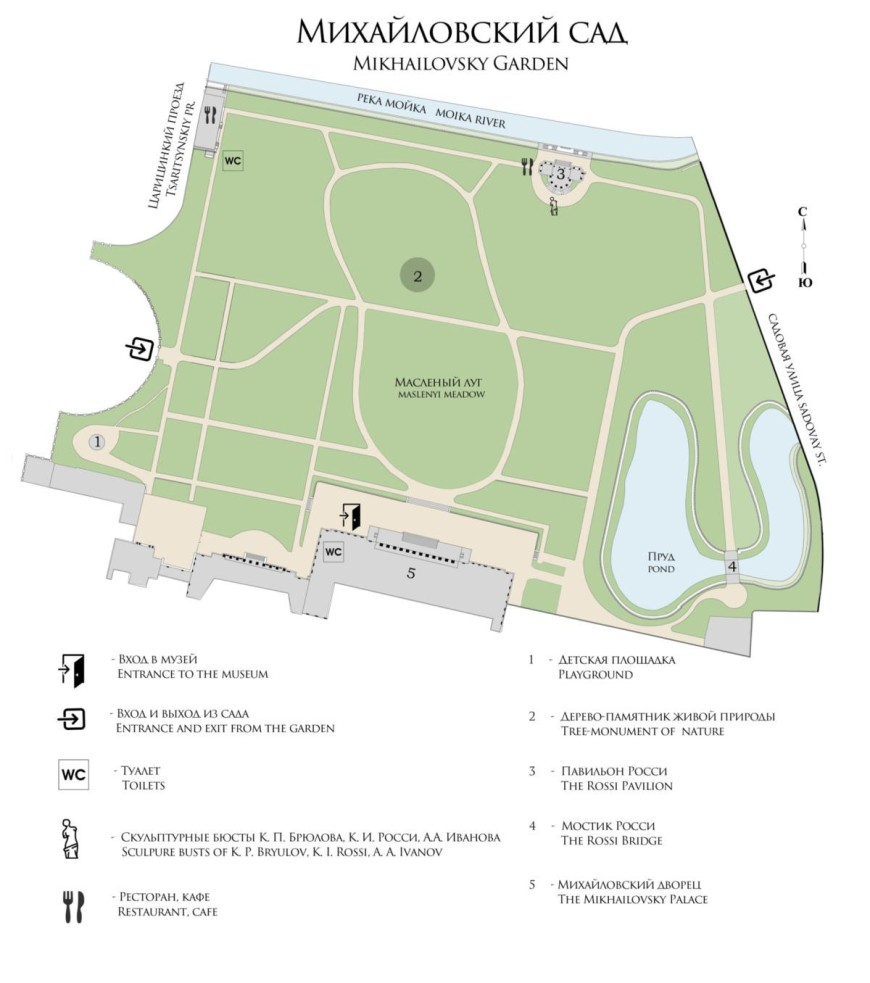