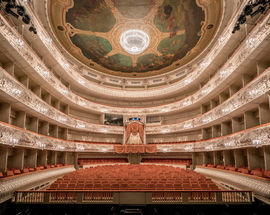 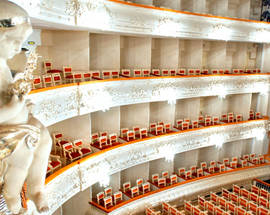 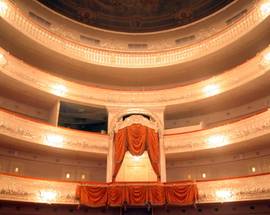 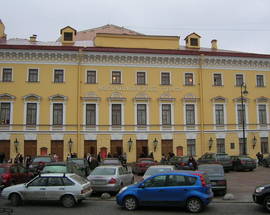 While smaller than the Mariinsky, the Mikhailovsky is one of the city's top theatres. It is the third imperial theatre in Russia and staged its first performance in 1833. The lavish luxury of the Mikhailovsky Theatre echoes the elegance of the Mariinsky. With an admirable history from its founding in 1833, the Mikhailovsky can proudly declare itself one of Russia's most distinguished music venues. Named after Grand Duke Mikhail Pavlovich of Russia, the theatre was established after a decree from Tsar Nicholas I and played host to visiting French companies until the Bolsheviks took power in 1917. In 1921 the theatre got the name of the Maly Petrograd State Academic Theatre and in 1926 the Leningrad State Academic Maly Opera Theatre (MALEGOT for short).

In 2001, the Mikhailovsky Theatre reclaimed its historic name, and in 2007, it was recognized as St. Petersburg’s most prestigious musical theatre. Today, while preserving Russia’s centuries-old musical theatre traditions, the Mikhailovsky Theatre is constantly pushing to be at the forefront of contemporary world theatre. The renovated luxury of the entrance hall and auditorium enables theatre lovers to pass their time in comfort. The Mikhailovsky Theatre Museum is a place where the theatre’s incredibly rich 180-year history is presented through exhibits that reflect key developments in the story of the city’s oldest musical collective.

Spartacus and Triple Bill - Superb, superb, superb. An absolute thrill, dancers, costumes and orchestra. Please please come back soon to London.
Take your guide with you Download a pdf