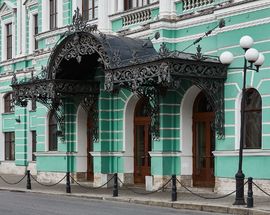 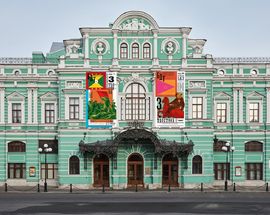 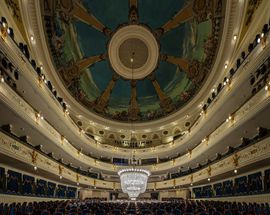 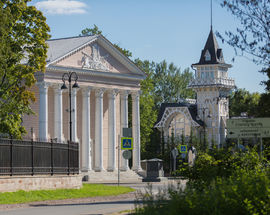 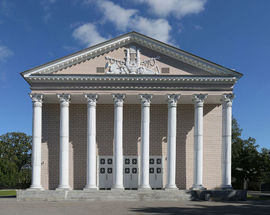 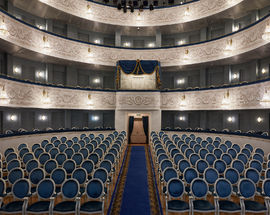 The Tovstonogov Bolshoy Drama Theater on Fontanka takes its name from Georgy Tovstonogov, the theater's highly regarded director from 1956 to 1989, and is considered one of the finest theaters in Russia. Pioneered by Maxim Gorky, Maria Andreeva, Alexander Blok and Anatoly Lunacharsky after the 1917 Revolution, the Osobaya Drammaticheskaya Truppa (Special Drama Company) debuted in 1918 with the intention of staging classics for the masses, finding its permanent home at 65 Fontanka Embankment at the former Suvorin Theater. During World War II the theater was evacuated to Kirov. In 1943, in the last days of the Siege of Leningrad, the theater returned to serve the troops of Leningrad Front and the military hospitals.

The Second stage of the theater (pl. Starogo Teatra 13) is located in the Kamenoostrovsky Theater – a unique monument of wooden architecture of the period of classicism. The wooden building of the theater was built for guest performances of the imperial theaters. The theater was built as a temporary structure for one season. However, having gone through numerous renovations, the building still functions.