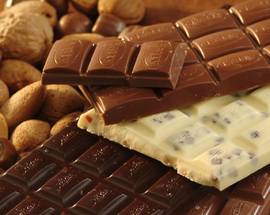 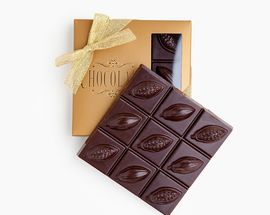 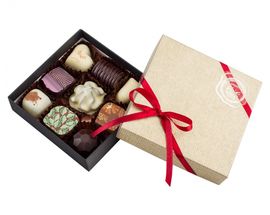 Chocolate means many things to many different people, but they can all agree this is truly the food of the gods. Part aphrodisiac, part mood enhancer, part sweet delight, chocolate has been coveted by humans since before Christ, and loved by Estonians since the mid 1800s. This treat comes in all flavors and forms, and whether or not you prefer white, milk, or dark, one thing remains true; chocolate is divine.

Chocolate-coated history
First used by the ancient cultures of South America, where cocoa was born, chocolate was reserved for the elite of society. Aztec Indian legends maintain that immense power and wisdom could be had by consuming the magic fruit of the cacao tree. They believed that the god Quetzalcoatl brought the tree to earth with him on the beam of a star. The deity taught them how to prepare cocoa, making a paste out of the roasted and ground seeds. The paste could then be dissolved in boiling water. Somewhere along the way one of the more inventive Aztecs decided to add some spices, including cayenne. The resulting liquid was called chocolatl or bitter water, which brought the user god-like power. It is even rumoured that Montezuma himself consumed 50 cups a day of the rich liquid cocoa.When Cortez arrived in the new world, he too discovered the delightful beverage. Upon his return home in 1528, he introduced the cocoa drink to the Spanish court. As the liquid was too bitter for the nobles, they soon remedied this by adding vanilla and sugar. The sweetened brown cocktail became a hit with the upper echelons of Spanish society, and the Royal court began to import the coveted beans en masse.The Spanish held a firm grip on their nectar of the gods for nearly a hundred years, but a sneaky Italian took the secret recipe with him to the rest of Europe. Not content merely to drink cocoa, the Swiss discovered a process by which to solidify the beverage and chocolate consumption would never be the same again.

From pods to your lips
Chocolate comes from the pods of the cocoa tree Theobroma cacao, a tropical plant found growing only in warm regions near the eqautor. Theobroma literaly means ‘food of the gods’ in Latin. Although originally from the rainforests of Mexico and Honduras the cacao tree is now grown on plantations worldwide from South America to Africa and even Asia. In fact, the majority of chocolate today originates from beans grown in Africa, which produces approximately 75% of the world’s supply. Just because a cocoa bean comes from a lush tree growing somewhere in the jungle does not mean that all cocoa is equal. There are actually three different types of tree, and several differences between them.The first type and mother of all beans comes from the Criollo tree. Criollo is considered the finest of all cocoas with a mild aroma, and complex chocolate flavor. The cocoa from these beans are reserved for only the most quality chocolates and is therefore the most expensive. Only 1 - 5% of the world’s production comes from the Criollo, which is not as hardy as the other two types.Next we have the Forastero, the work horse of all cacao trees. Mainly grown in West Africa, this hardy tree also produces the highest amount of beans. The type of cocoa that comes from this tree is quite bitter and a little less complex than that of the Criollo. Nevertheless about 90% of the world’s chocolate originates with these trees.A natural hybrid of both Criollo and the Forestario, the Trinitario’s is a very high quality cocoa and hardy tree accounting for approximately 10 % of global production.Now that we all know a little bit about where the beans come from lets make some chocolate. First, the pods are mind-numbingly picked by hand; these pods contain beans which are later fermented for about six days. The beans are then removed from the pods and given a sun-tan for seven days. Just when you thought those poor beans had lost enough moisture, they are roasted in an oven and then ground into a powder. But let’s torture those beans a little bit longer by throwing them into a press and extracting the cocoa butter. The left-over dust is known as cocoa powder and is oddly enough blended back with the butter and liquor to produce ...chocolate!!!Dark Chocolate contains cocoa powder, cocoa liquor, cocoa butter, and sugar, in milk chocolate they also add milk to the mix and in white chocolate the cocoa powder is absent. The darkest chocolate contains at least 70% of cocoa solids while in premium milk and white chocolates the content is much less at about 33%. When buying chocolate it is important to check out the ingredients, as many store-bought chocolates contain much less cocoa solids, often even under 10%.Estonian chocolate history
When asked about chocolate most Estonians will instantly mention Kalev, and for good reason, Kalev is the largest confectionary producer in the country, and this year celebrates its 200th anniversary. It all started back in 1806 when the oldest direct predecessor of Kalev, the Swiss confectioner Lorenz Caviezel, started his business. He opened his business in the Old Town, on Pikk tänav where the Maiasmokk Café is now situated. Nearly sixty years later, in 1864, Georg Stude purchased the confectionery business and expanded upon it. Among the most popular items produced by the Stude shop were Marzipan figures and handmade chocolates. His sweets quickly became popular throughout the Russian empire and even the tsar himself regularly ordered sweets from the Stude business.The company continued to thrive but was consumed along with all of the other confectioners during the sweeping nationalization of Soviet Estonia. Altogether 15 separate enterprises joined to form the present day Kalev. Thanks to quality products and aided by its monopoly status, the confectioner became one of the largest and most important in the Soviet Union. The company was privatised following independence and to this day Kalev continues the fine tradition of making marzipan figures and chocolates, using the old recipes, methods and even many of the original chocolate and marzipan molds.

For the connoisseur
Are you one of those chocoholics who are not satisfied with chocolate made and packaged by machine? Have no fear – there are delights made especially for you. One such Tallinn-based sweets maker is Anneli Viik. For her hand-made chocolates she uses only the finest ingredients and crafts each truffle meticulously to produce that melt-in-your-mouth goodness, it’s for that reason that each costs as much as several supermarket bars. Find her creations at the Anneli Viik Handmade Chocolates Café at Pikk 30.For more of Tallinn’s finest hand-made chocolates check out these cafés: Chocolaterie at Vene 6 (in the courtyard), Chocolala at Väike-Karja 1 and Kehrwieder at Saiakang 1. Be sure to stop by our café section for full listings.Not satisfied with just eating chocolate? Now you can even have it spread all over your body and let the health benefits of cocoa heal you. Tallinn’s numerous spas offer chocolate treatments, including wraps and relaxing massages.

Estonia’s un-chocolate
One of the very unique creations invented in Estonia is Kamatahvel. Invented in the 1970’s when world cocoa prices skyrocketed and became scarce in then- Soviet Estonia, an employee of Kalev decided to try something different by replacing the majority of the cocoa in chocolate bars with kamaflour, a traditional Estonian flour made from rye, barley, wheat and peas. The resulting product, which reminds one a little of chocolate, became very popular, especially among those who could not afford the real thing. After independence, perhaps due to nostalgia, Kamatahvel is produced once again and you can find it in most food shops. Try it out for something uniquely Estonian!