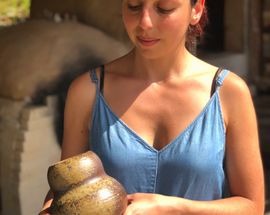 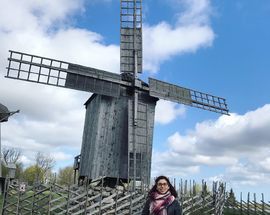 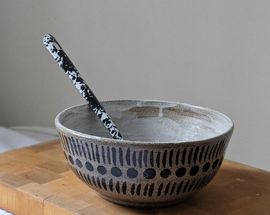 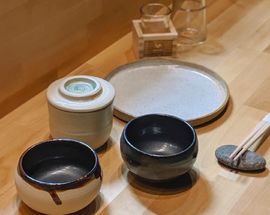 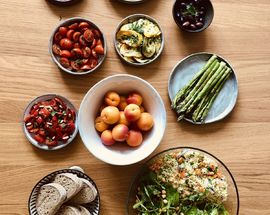 Over the last few years, Tallinn has increasingly become a destination for foreigners from all over the globe to lay down new roots. In our new series, we ask expats a few questions including their reasons for coming here and why they decided to stay. Each of them has a unique story to tell and we trust that whether you are merely visiting, or planning on making your stay in Estonia a longer one – you’ll find out something new or interesting about this increasingly multi-cultural Nordic State.

Tiziana Galea Schembri is a ceramics artist and dentist from Malta who came to Tallinn a year ago to find work-life balance, develop her craft, and leave the stress of life in London behind.


What originally brought you to Estonia and where are you from?
I am originally from Malta. On completing my studies, I concluded that the island was getting a bit too cramped for my liking and at 25 decided to move and work abroad. I wanted to experience new things, explore new places and meet new people. I first settled in Scotland and lived for three years in Edinburgh. After that, I spent the rest of the 10 years in the UK in London. At the time, my husband had started working for an Estonian based startup called LINGVIST, and during the first 4 years, I visited Tallinn a few times.

We slowly started to feel that life in London was getting too stressful, we were both working long hours, our work-life balance was non-existent and I was struggling to develop my ceramics business, as the only time I had for that was in the evenings and at weekends. Last year, we decided to spend a few months in Tallinn and see how it was. I spent the summer months working on my ceramic projects at Asuurkeraamika. The ceramic artists there kindly provided space at their studio for me (a complete stranger from another country) to practice my skills. At the same time, I participated in wood-firing ceramic events and made a lot of contacts with people in the art scene. I felt that I had achieved more in those few months than I did in 4 years in London. The people I met and made friends with were so welcoming and honest, and the calm environment allowed me the time to think and develop my ideas better. I am not going to lie, not working as a dentist and spending the whole day messing about with clay was glorious, to say the least.

Long story short, I quit my jobs in London, and together with our 8-year-old cat, we moved ourselves and our belongings to Tallinn. Although it has only been 1 year, we have not looked back.

What were the reasons that made you want to relocate to Estonia?
When I started to compare life in the UK to life in Estonia, I noted that Tallinn was much safer and cleaner. I missed the outdoors in London, the sea, forests, changes in scenery - Estonia offered that and more.

Locals struck me as honest people who have no time for pointless chit chat or fake camaraderie. Over time we had developed a good social network and made friends. We also found out that two other Maltese people had moved over to work in or grow their own tech business, and we’ve since become good friends.

Financially it made more sense if I wanted to develop my ceramics side business, Ceramics By Tiz. I would be able to rent a larger space for the same amount of money I spent in London, and I would be able to work less hours as a dentist, thereby freeing up more time to practice ceramics and try out new ideas, such as teaching pottery and collaborating with local businesses. This year I collaborated with a local chef and provided tableware for his restaurant, Yakitori, which opened last month. It was something I had been trying to do for a long time, and I was so happy when the opportunity presented itself and humbled that the chef chose to work with a non-local.

I found out that it is much easier to make new contacts and collaborate with others on projects. I feel that contrary to what some people think, Estonians are very much open to new ideas. Just because they may appear cold at first, it does not mean they do not care.

Did you experience or how much of a culture shock was it for you to move here?
I did not feel much of a culture shock. There were some peculiarities that I needed to get used to, such as not asking an Estonian “how are you?”, unless I was prepared to sit down and really listen to how they are feeling or how their day/week/month has been. I came to the conclusion that Estonians are simply direct and ultimately more honest. Once we got to know each other over coffee in quiet cafes, and a few drinks, then we became proper friends and I was welcomed into their life.

I have experienced sauna culture, which was quite different from what most Londoners are used to when they claim to have spent ‘a day at the spa’. I have stopped feeling self-conscious and learnt to be more comfortable in my own skin.
I have also dialled down my language as I have learnt that if something is “ok” then it’s great. This was something that needed practice, especially since culturally Maltese and Estonians are very different. One is loud and talks before thinking, and the other is quieter, contemplative and actually thinks before talking…in other-words no verbal vomit.

However, I have not yet been able to convince myself that pickled fish, boiled eggs and sour cream are a tasty combination.

What are some of your favourite spots in Tallinn?
I love: grabbing a good cup of coffee and bite at NOP in Kadriorg, a walk by the beach at sunset in Pirita, especially towards Haabneme, searching for bargains at one of the Humana retro stores, and lastly, at my pottery wheel in my studio (Savimaal, Endla 64) in Kristiine.

How would you describe Estonia as a country, and Estonians?
At first, I honestly did not have a clue about where Estonia was on the map or what kind of place it was.

I think Estonia is a very good-looking country. The old town is simply gorgeous, with its winding narrow streets, historic buildings and Instagram-friendly views. There is culture in abundance, especially in the arts scene. Art is given more space to develop. Recently the design university EKA reopened its doors in a brand new building and every Thursday I try to attend talks held by the architecture department. They are free to attend and most of the time are given by foreign lecturers who work in the field.

I think Estonia is progressive, but still clinging to some traditions. I have accompanied locals on mushroom and fruit forages and learned how to pickle and preserve food. I really enjoy shopping at local markets and discovering new local produce.

How is it to live here and does it feel like home now?
Overall it is easy to live and settle in Estonia. I have seen a lot of changes in the last four years in Tallinn, especially in the food and culture scene. The newly opened Fotografiska gallery was a welcome addition to the cultural scene and I am looking forward to the next exhibition. New restaurants and cafés are always popping up, which is great because we enjoy eating out.

Technologically it was very easy to obtain an Estonian ID and register my business. In terms of ceramics, I have been able to get some of my pieces into local shops, such as LEVI in Solaris, the number of people attending pottery classes is increasing and I am hoping to work with other businesses in the near future.

What is your favourite Estonian word or words and why?
Ah, the Estonian language! I am still struggling a bit with this. I manage to say a few words and I am slowly understanding some of the repetitive sentences I hear at work. I am not sure I have a favourite word at present, but the first thing I learned was how to thank someone in Estonian and I could not stop saying “aitäh” to whoever I met, thinking I was so clever.