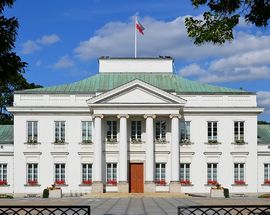 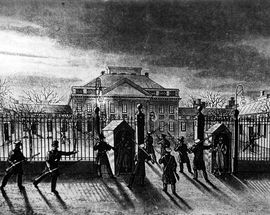 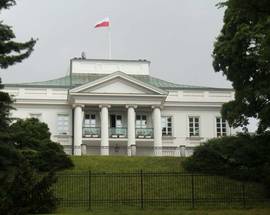 The historic Belvedere Palace in Łazienki Park has traditionally been the residence of the Polish president in the 20th century, a function it served from 1918 to 1995 and then once again during the presidency of Bronisław Komorowski from 2010-2015; Presidents Aleksander Kwaśniewski, Lech Kaczyński and current president Andrzej Duda opted to live in the Presidential Palace on ul. Krakowskie Przedmieście. Built in 1694 but thoroughly remodelled in 1818, for the best views and some outstanding photo opportunities you should look at it from outside the park on Al. Ujazdowskie: it is a wonder of Neo-Classical design, complete with tympanium and oversized Corinthian columns.

Although generally off-limits, if you're absolutely determined to get inside, you can join the guided tour organised by Biuro Podróży Escape & Explore Club Sp. z o.o. on the last Saturday of every month at 10:00. Prior reservation is required: (+48) 22 506 01 70, biuro@escapeclub.eu.