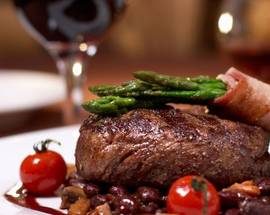 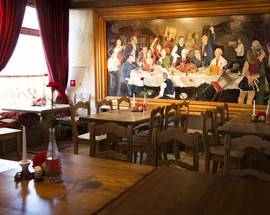 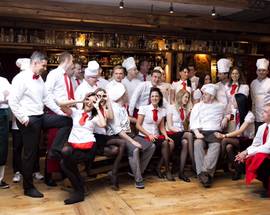 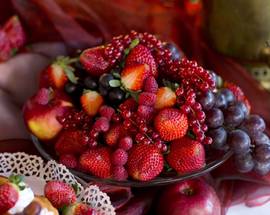 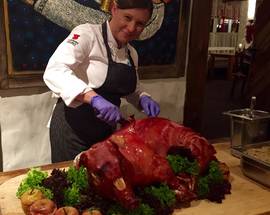 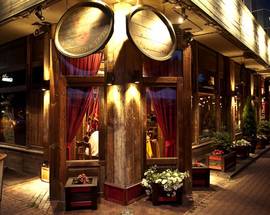 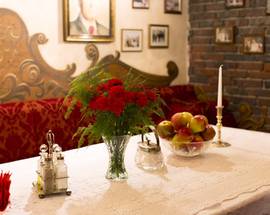 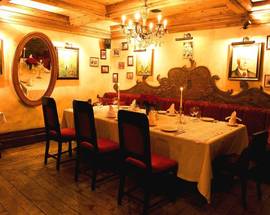 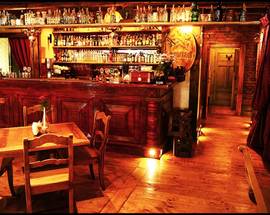 Workers of the world unite around a large choice of well-presented Socialist Bloc cuisine. Deriving its name from a former meeting place for members of the early communist movement, legend has it that even Lenin paid this place a visit in 1909. The interior is based on the style favoured by the 1950’s -1960’s party elite, including a socialist-era flat with walls that are bedecked with memorabilia. Somehow the owners have managed to carefully side swerve tackiness and the whole experience has a lovely, faded and nostalgic glam to it. Immensely popular with locals and tourists alike (including Bruce Willis and boxing champ Lennox Lewis), the expansive two story restaurant includes a separate apartment for VIP guests. It's no surprise that 2012 saw ‘The Hog’ voted one of the 25 best and most interesting restaurants in the world by the Spanish Trade Leaders’ Club.

ul. Wierzbowa 9/11
/warsaw/elixir-by-dom-wodki_139076v
When we first heard of Elixir we instinctively thought, surely someone has already thought of this? Unbelievably, nobody had - so, top marks to the masterminds behind this classy establishment. At their Vodka Atelier you can try over 600 vodkas from arou
see more

ul. Waliców 13
/warsaw/folk-gospoda_19801v
Far from promising on the outside, Folk Gospoda unravels on entry as a glorious slice of traditional Poland. It’s inside a rugged interior of stout furnishings and ceramic pots you’ll find boys and girls in peasant attire rushing around carrying plate
see more

ul. Wierzbowa 11
/warsaw/vodka-museum_153982v
Whisky is to Scotland as wine is to France, and going by the same logic, vodka is to Poland.  Now, I fully understand that most  experiences you may have had with Polish vodka have likely been undertaken in a party setting with the intention [of your hos
see more

During my trip to Poland I wanted to taste something special and significant for this country, so the Consierge from the hotel I stayed, told me about this restaurant. It was really good choice: delicious food in an interesting surrounding, polish specialties served in a nice way, helpful waiters.. Everything was perfect and I have many nice memories of this place. I recommend to everyone who want to discover Real Poland and great polish food.
18.09.2008
Andrea

Great place with beautiful interior and very nice waitresses! Food is delicious and 100% polish, so if you want to discover real polish cuisine, go to Oberza (The Red Hog Inn), its the best choice.Restaurant is close to Radisson, Hilton and Westin hotels, just walking distance.
Take your guide with you Download a pdf