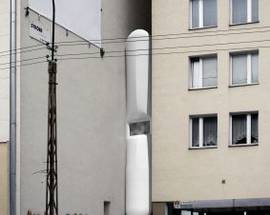 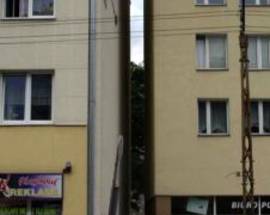 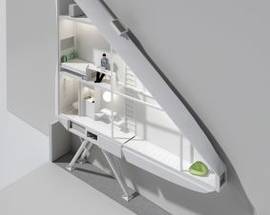 Across the street from Chłodna 25 you’ll find one of the thinnest homes in the world (we're not kidding: opening the refrigerator door would necessitate standing in another room). Designed by architect Jakub Szczęsny, the steel-framed construction will be finished with Styrofoam and plywood with its widest point being 152cm and its narrowest just 92cm. The Israeli writer Etgar Keret, for whom this has been built, will use it as a home in Warsaw and when he is out of town, the installation (it has been listed a piece of art as it has no building licence) will act as a studio for visiting artists. Keret is an interesting character in himself. The son of a Polish Jew who spent 3 years of the war hiding from the Germans in a compartment under the floor of a Warsaw house, Keret sees this project as an ‘external eye’ on Warsaw and its cultural landscape. He wants to show that Warsaw is a lively and multicultural city totally at odds with the image created by the Ministry of Education in Israel who he feels indoctrinate Israeli youth in a ‘pilgrimage of hatred’. The location is also significant. Found on what was the border between the large and small ghettos of WWII Warsaw, the building can be found perched between a Communist era block and a pre-war tenement which is meant as a comment on the neighbourhood’s divided past ‘The buildings were not touching each other which is symbolic of the ignorance during the Communist period’ says Szczęsny. If a symbol was needed for the district this surely should be it in our opinion. Wish to visit the interior? E-mail domkereta@gmail.com for reservations; the price is 300zł for a four-person group.

Claustrophobic?Certainly a lot less to keep clean..!
Take your guide with you Download a pdf