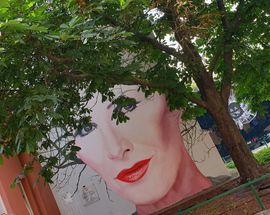 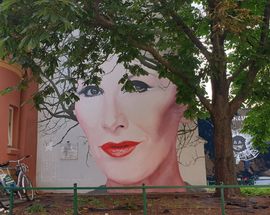 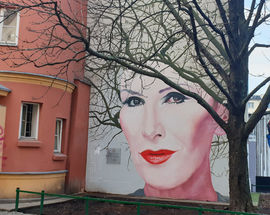 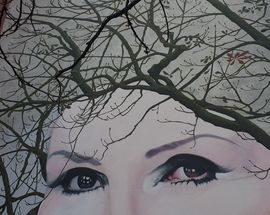 Round the back of ul. Nowy Świat 18/20 (you can enter from the side at ul. Smolna 40 too), this mural of the now deceased Polish rock legend Kora (real name Olga Sipowicz) is unique thanks to its position next to a tree - Kora's hairstyle changes with the seasons, which she was also known for in real life!  The mural was created in 2019 by Bruno Althamer on the initiative of the weekly magazine 'Wysokie Obcasy' (translated as 'High Heels'), which aims to show women who have made an impact in Poland, all through mural form, titled 'Kobiety na Mury' (Women on the Walls). The box next to her bust reads 'kobiety wiedzą co robią', translated as 'women know what they're doing'.
Show on map