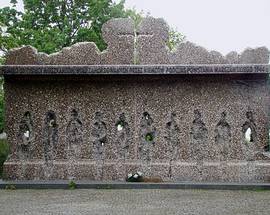 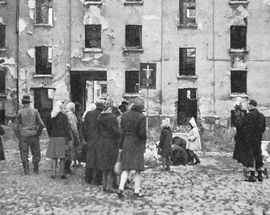 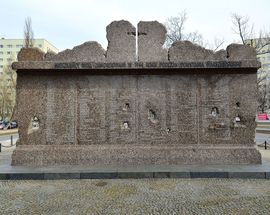 No other event captures the brutality of the Warsaw Uprising better than the Wola Massacre. Between 5-12 August the Nazis embarked on a savage bloodletting in an attempt to batter the Poles into submission. Led by Heinz Reinefarth and Oskar Dirlewanger, a despicable man with a history of sex crimes against minors, German units executed approximately 40,000 civilians in the Wola area of Warsaw. The massacre only came to a halt when Hitler himself intervened and declared all civilians be sent to concentration camps instead. While Dirlewanger was allegedly beaten to death by Polish prison guards after the war (accounts of his death are still a mystery), Reinefarth and countless others evaded justice, going on to have successful careers in post-war Germany. The senseless slaughter is commemorated by an impressive monument dating from 2006, designed by Ryszard Stryjecki and found practically opposite the Ibis hotel on Solidarności. The ashes of those massacred were transferred after the war to the Warsaw Uprising Cemetery.