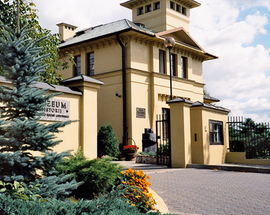 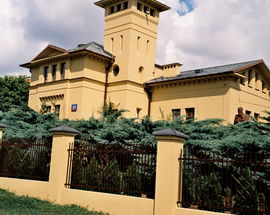 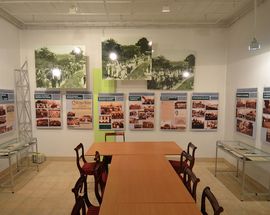 Set in a neo-Renaissance villa designed by Italian-born Mary Lanci the Museum of the Polish People's Movement is an absolute must for museum diehards – just try to find any other English-speaker who's been here (though recently the museum has added some English brochures to help non-Polish visitors). As the title suggests, everything here is focused on Polish people/peasants, with the oldest exhibit being a 17th century manuscript approved by King Jan III Sobieski granting serfs a tax reduction. Most of these scrolls, documents and papers will be lost on the foreign visitor; making more sense are the printed materials, which include election posters from the interwar years, as well as decrees, ration cards and purchase vouchers supplied by the occupying Nazis during WWII. Times under communism are particularly well represented, and visitors will see a number of stirring Soviet chic posters encouraging hard work and high production. Very Socialist Paradise indeed.
Patriotism plays a large part in understanding this oddity, and art fans will be pleased to find a series of paintings depicting peasants in full battle, including of course Tadeusz Kościuszko doing his bit against the Russkies. There is a great little war-themed section which presents bayonets and armbands worn by peasant fighters during WWII. A temporary exhibition titled ‘Village Life of Years Gone by’ is currently available.