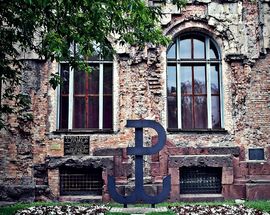 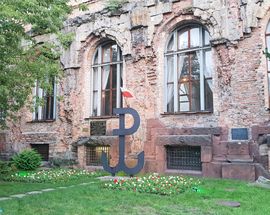 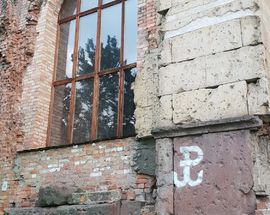 Few remnants of the Warsaw Uprising are more conspicuous than the hulking shell on ul. Bielańska 10. It’s got quite a history. The site was originally home to a mint, but that found itself demolished to make way for the Warsaw division of the Imperial Bank of Russia. Designed by Leontij Nikołajewicz Benois, a rector of the Fine Arts Academy in St. Petersburg, construction began in 1907 and went on for a further four years. Within another four years the Russian’s had left, the collapse of the Empire seeing all Tsarist subjects head back east with their tails between their legs. The Poles took over the building, first employing it as the National Treasury, then establishing it as the headquarters of Bank Polski in 1926. The structure became a key strategic target during the Warsaw Uprising, and on capture served as a base for Polish insurgents. Smashed to pieces by German bombs the building was left to rot in the decades that followed. Originally slated to house the Warsaw Uprising Museum, the old building is now used as a venue for private events.