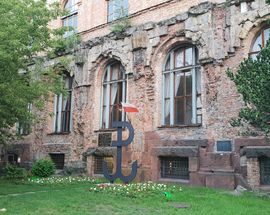 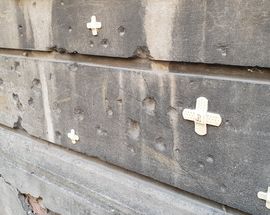 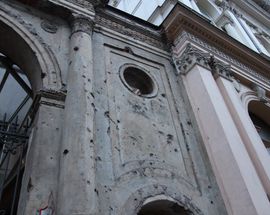 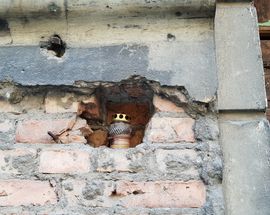 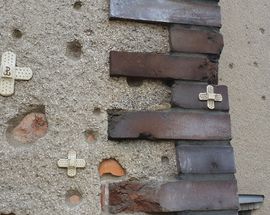 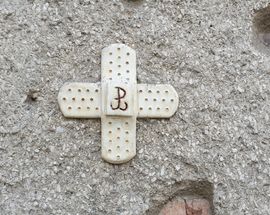 01 August 2019 marks the 75th anniversary of the outbreak of the Warsaw Uprising, and if you happen to be in the city on Thursday, at 17:00, don’t be shocked to hear sirens wailing, cars coming to a standstill, drivers pumping their horns, and people setting off red and white flares, for all this is done as an act of remembrance. Even if you're not here on the 01 August, commemorations take place right up until October, marking the end of 63 days of fighting...

We’ve written plenty on the Uprising since IYP has been stationed in Warsaw, from giving you the historical background, photos of commemorations, showing you the latest photo essays on the subject, contrasting photos of then and now, to locations of street art dedicated to the Uprising. What we see each year, no matter the differences in opinion on the subject, and political divides, a city stands still to commemorate those who died fighting the Nazi occupiers.

Now, you can easily read up on the subject in our very guide, but this year, we want to show show you something different…

When the topic of World War II and the Warsaw Uprising come up, it’s often mentioned how Warsaw was destroyed and rebuilt through a monumental effort by Polish citizens. Despite becoming a slick modern city, there are still signs of the Uprising all around, battle scars which remain on the face of Warsaw, often intentionally preserved as a reminder of the terrible times the city once endured.

To that end, if you are in Warsaw in August/September, you may well experience the sirens wailing at 17:00 on 01 August, and you may indeed visit the Warsaw Uprising Museum (which we wholly recommend), however, even on your way to other tourist hot spots, the signs of the Uprising can be easily spotted, if you just know where to look…

On your way to Hala Koszyki

Walking from the city centre to Hala Koszyki along ul. Emilii Plater is often a pleasant walk for many tourists, even locals, who enjoy the feel of the area, with streets like Hoża, Wilcza, Nowogrodzka all full to the brim with fantastic cafes, restaurants and bars, set among a crazy mix of mainly pre-war buildings, with a few Communist-era ones thrown in for good measure. It’s on ul. Emilii Plater that you will see two buildings (at no. 7 and no. 4) which still show bullet holes on their facades. The building at no.7 has even had a few street art elements added, with holes covered with plasters, marked with the PW sign, a symbol of wartime resistance (PW/Polska Walcząca = Poland is still fighting). At no. 4, all around the windows on the 1st floor, you will see bullet holes and shrapnel marks, left here, despite a very recent renovation of the building.


On your way to Hala Mirowska (and Hala Gwardii)

Checking out the Mirów and Muranów areas of the city is interesting in itself, not least due to the massive effort that went into rebuilding this part of the city following World War II - it was here that the Jewish Ghetto was located, indeed, the current buildings you see of the housing district are elevated way above ground level as the rubble of the ghetto area was used as a foundation! Today, plaques, memorials and the fantastic POLIN Museum of the History of Polish Jew are to be found here, however, on Al. Jana Pawła II, the Hala Mirowska complex (which includes its twin building, Hala Gwardii) is an iconic Varsovian location. As impressive as the rebuilt buildings look with their red brick exteriors, the scars of one of the more tragic events of the Warsaw Uprising are still visible - the Wola Massacre, where between 05-12 August 1944, 40-50,000 people, civilians and fighters, were executed across the Wola district. The bullet holes on the walls have been retained, and a plaque on the corner near the entrance provides the shocking details about this site, it reads '7 & 8 August 1944 in Hala Mirowska the Nazis executed 510 Poles'.

If going down by the river is more your thing (and why not, this is where half the city’s population goes in summer), you need not walk far to see yet more signs of the Uprising. Getting off at Metro Centrum Nauki Kopernik, (right next to the Copernicus Science Centre) walking along to ul. Wybrzeże Kościuszkowskie 35 (the entrance to the Academy of Fine Arts), and you will see yet more bullet holes dotted around the windows and entrance. 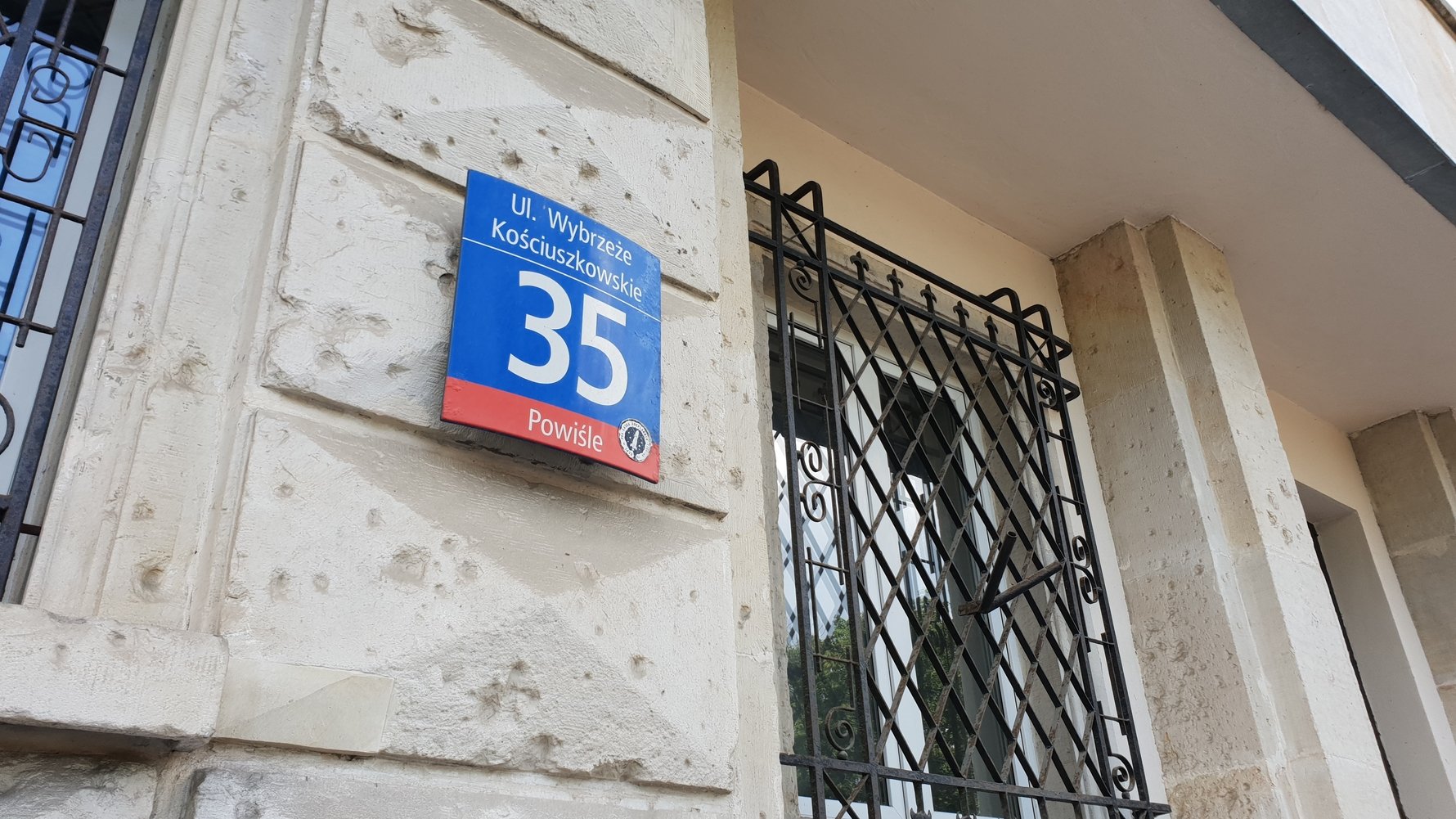 On your way to the Old Town, go past the Reduta Bank Polski building

Very near the National Theatre, in the vicinity of the Old Town, at ul. Bielańska 10, is the former building of Bank Polski, which saw heavy fighting during the Uprising. Although renovated in the 1990s, the outer walls and wartime damage were retained as a form of remembrance. A PW anchor stands in front, often accompanied by lit candles throughout the year.


Even going to Warsaw’s party strip on ul. Mazowiecka, you will see scars of the Uprising…

Despite being known for containing many bars, clubs and restaurants, you may not immediately come here expecting to see wartime damage, although if you’re walking around the city, perhaps on your way to Piłsudski Square or the Old Town, this is the street to go along. While you’re here, stop at ul. Mazowiecka 11A, the headquarters of the Warsaw District of the Association of Polish Visual Artists. Beyond the gate, the building has been modernised but the gated entrance itself has been left almost untouched to preserve the wartime damage from the Uprising.


Going further beyond the city centre, the scars of where it all began are still visible...

If you travel to the charming northern district of Żoliborz, it's likely your first port of call will be Plac Wilsona (named after the 28th U.S. President Woodrow Wilson), and from here you can stroll through Żeromski Park which contains a bar and cafe in the former Sokolnicki Fort, the remnants of the larger Tsarist defensive chain with the nearby Warsaw Citadel (home to the Katyń Museum) at its core. Strolling through this green district is something locals enjoy doing at the weekends, and when you're out and about here, you can spot signs of the uprising. Although the city traditionally stands still to commemorate the start of the uprising on 01 August at 17:00, the time fighters were to begin fighting in 1944, sporadic fighting had already begun hours earlier in Mokotów, and here in Żoliborz, with the first shots of the uprising fired at 13:30 on ul. Suzina as insurgents attacked a German military vehicle. From there, a regular battle ensued between the J. Dąbrowski Battalion, holed up in the then 'Kino Świt' theatre hall (current day building no.8), and German troops, with casualties suffered on both sides. A memorial to commemorate this event stands here today. Going toward the Warsaw Citadel, walking along ul. Czarnieckiego you will find a current day school at no. 49, which during the uprising was used as a field kitchen and hospital. The scarring on the exterior walls very visible to see, and again, retained following renovation.

And there you have it. Although we’ve highlighted only a few locations near tourism spots, keep your eyes peeled, for Warsaw is littered with the scars of the past. If you see an old building blotted with exterior damage and suspect they may be bullet holes, you'll most likely be right...
Museums

Monument to the Warsaw Uprising

Pl. Krasińskich
/warsaw/monument-to-the-warsaw-uprising_18408v
It was only with the regime close to collapse that this unconventional, not to say controversial monument was unveiled. Completed in 1989 and designed by …
see more
Murals

Park Harcerskiej Poczty Polowej Powstania Warszawskiego
/warsaw/warsaw-uprising-fighters-mural_158366v
Created in 2016, with support from locals of the Bielany and Żoliborz districts, this mural commemorates the fighters of the Warsaw Uprising of 1944. You can …
see more
Murals

Most Śląsko-Dąbrowski
/warsaw/warsaw-uprising-mural_152847v
This mural on the steps leading up to the Śląsko-Dąbrowski Bridge (from Wybrzeże Kościuszkowskie) shows heads peering through a crack, It was unveiled on the …
see more
Monuments