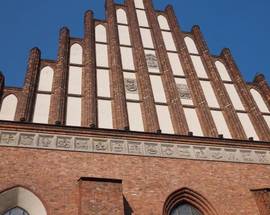 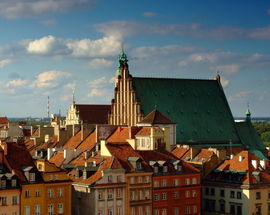 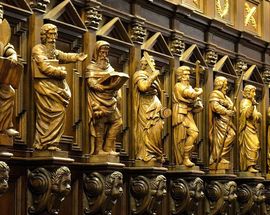 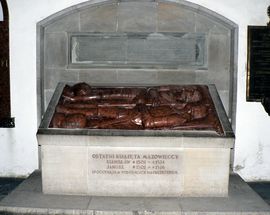 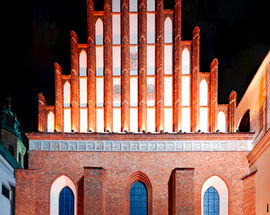 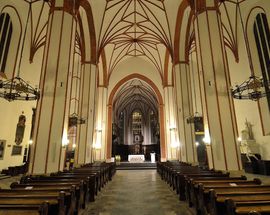 Originally built in the 14th century, St. John’s is steeped in history. The last king of Poland, Stanisław August Poniatowski, was crowned and eventually buried here, and in 1791 he also declared the Constitution of May 3 inside the building. The bodies of Henryk Sienkiewicz (writer), Gabriel Narutowicz (Poland’s first president) and various Mazovian knights can be found in the crypt (open Mon-Sat 10:00-17:00, Sun 15:00-17:00, closed during mass; admission 5/3zł). Other interesting details to look for include the covered walkway that links the Cathedral with the Royal Castle. It was added in 1620 as a security measure following a failed assassination attempt on King Sigismund III. As with most major landmarks, it was the scene of heavy fighting during the 1944 Warsaw Uprising and was subsequently left in a heap of ruins before being rebuilt in pseudo-gothic style. On the external wall by the main entrance are fragments of a Borgward IV - a remote-controlled tank used by the German army.

A 17th century bell made by artisan Daniel Tym (who also made the statue of King Sigismund III atop the famed column) can now be found in the centre of ul. Kanonia. The bell itself never rang at the cathedral, but it has developed its own legend: touch the top of the bell and walk its circumference and your wish will come true.