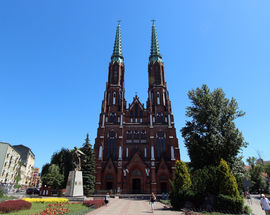 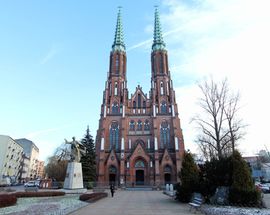 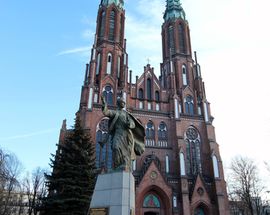 This giant cathedral viewable from across the Vistula in Warsaw proper was built in reaction to the building of an Orthodox Church and a number of other structures on the Tsar’s orders in the latter half of the 19th century. A certain Pole by the name of Father Ignacy Dutkiewicz decided to hit back with the construction of a huge new Catholic church, which was consecrated in 1901. Unsurprisingly this vast Gothic beast was blown to pieces by the Germans in September 1944 and was the work of ongoing reconstruction between 1947 and 1970. Featuring a pair of steel-tipped 75-metre steeples, the church, which includes a photograph of what remained of it after the Nazis dynamited it on the left wall as you enter, has a rather plain interior though the vaulted ceilings are well worth a look at if you’re in the area.