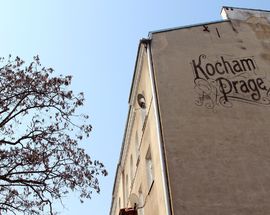 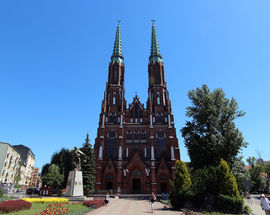 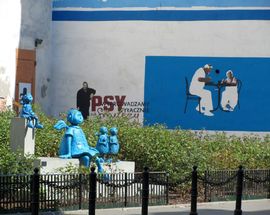 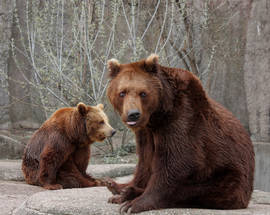 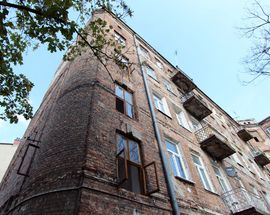 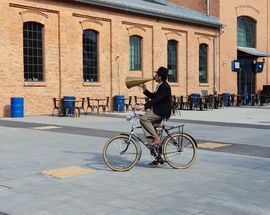 Gritty. Boho. There are a lot of terms being tossed around to describe Praga, the eastern district of Warsaw that hugs the Vistula River, and they’re all fairly apt. Praga was once regarded as off-limits to Western visitors thanks to its criminal underclass and imposing tower blocks, but a revival of sorts now makes this section of town worthy of emphasising – especially if you prefer to see the city’s artsy underbelly and get away from the well-trodden tourist path in the Old Town from where you see the towers of Sts. Michael & Florian Cathedral and the rounded dome of the Orthodox Cathedral of St. Mary Magdalene. The area is still years away from being hipster-soaked Brooklyn or boho Montmartre, but that’s exactly why now is the time to go: a visit will mean you can say you saw the evolution in progress, before gentrification engulfs the area.

In practice, and geographically, Praga has always been set apart from Warsaw proper. Until 1791 the district was its own separate town and the inability to build a permanent bridge between Praga and Warsaw until the mid-18th century surely proved a factor in the separatism (ferries in the summer and a stroll across the iced-over Vistula in the winter were the main option for transit in the pre-bridge days). Finally in 1791 King Stanislaw August Poniatowski attached the district officially to Warsaw, dissolving it of its independence (at least on paper).

Praga wasn’t given much time to enjoy its new status as part of Warsaw thanks to the The Battle of Praga in 1794, which saw an aggressive invasion by the Russian army. Following the quick but devastating battle the Russians burned the entire district and massacred 20,000 Poles. During World War II Praga wasn’t quite as devastated as left-bank Warsaw (which isn’t really saying much if you’ve seen the condition Warsaw was left in). The Russians, again, arrived in Praga in July 1944 and stopped at the Vistula, famously leaving the Polish Home Army dangling during the Warsaw Uprising.

Today working-class Praga is a standard-bearer for cool, especially among those who find the tourist-heavy Old Town too Disneyfied and the sterile clubs of Warsaw proper as distasteful. Folks here prefer their bars dark and their fun improvised (most found on or near the district's main street, ul. Ząbkowska), and visitors can easily spend a day checking out the attractions, like street art murals, the illuminating Neon Museum, the Praga Koneser Center with its Polish Vodka Museum, learning about the history of the area by visiting the Praga District Museum or even seeing local streets with a pre-war vibe that were used as filming locations for Roman Polański's The Pianist.

By far the easiest way to get to Praga is to take the M2 Metro to 'Dworzec Wileński' (eastbound to 'Trocka'), and you'll be in the heart of the district. From Warszawa Centralna train station, the 160 bus will take you across the river and drop you at the 'Park Praski' stop - also a great place to begin your tour of Praga. If you’re in the Old Town, simply walk down the steps near the Royal Castle to Al. Solidarności and the 'Stare Miasto' stop, taking buses 160 and 190 or trams 4, 13, 20, 23 and 26 to 'Park Praski.' These same buses/trams will return you to 'Stare Miasto'/Old Town.

You can also take a taxi which should cost around 20-30zł, and get you from the City Centre to ul. Ząbkowska in less than 20 minutes. Please remember that the price and time depends on traffic, so your journey may be longer during rush hours.

Places Worth Visiting in Praga

Pl. Konesera 1
featured
/warsaw/polish-vodka-museum_35086v
The site of a former Vodka factory, closed in 2007 and now restored to become one of the beacons of the newly renovated Praga Koneser Centr
see more
Featured
Churches

Al. Solidarności 52
/warsaw/orthodox-cathedral-of-st-mary-magdalene_18407v
Constructed between 1867 and 1869 to a design by Mikołaj Syczew, St. Mary Magdalene’s was originally built for the large congregation of Russians living around …
see more
Outdoor Attractions

ul. Ratuszowa 1/3
/warsaw/warsaw-zoo_21314v
If you wish to escape the urban jungle and see some exotic wildlife, then head to the Warsaw Zoo. Opened in 1928, Warsaw Zoo covers an area of 40 hectares and …
see more
Monuments

ul. Francuska (corner of ul. Obrońców)
/warsaw/agnieszka-osiecka-monument_34306v
Agnieszka Osiecka (1936 - 1997) was a Polish poet and journalist, and the author of over 2,000 songs, many of which were turned into pop hits. She’s also known …
see more
Churches

ul. Floriańska 3
/warsaw/sts-michael-florian-cathedral_21391v
This giant cathedral viewable from across the Vistula in Warsaw proper was built in reaction to the building of an Orthodox Church and a number of other …
see more
Monuments

ul. Wybrzeże Szczecińskie, Near Port Praski
/warsaw/kosciuszkowcow-monument_18404v
A formidable monument erected in 1985 to act as a memorial for those who fought in the First Polish Infantry Division. Formed in Russia, the division attempted …
see more
Monuments

Corner of ul. Floriańska and ul. Kłopotowskiego
/warsaw/praska-kapela-podworkowa-monument_47859v
The tradition of cloth-capped buskers goes back a long way in Warsaw, and the best loved of the lot have been commemorated in the heart of Praga. The pre-war …
see more
Praga

ul. Francuska
/warsaw/saska-kepa-ul-francuska_155887v
Saska Kępa is one of the most desirable districts of Warsaw; with property prices staunchly high, the neighbourhood has become home to the nouveau riche, the …
see more
Streets & Squares

ul. Ząbkowska
/warsaw/ul-zabkowska_47897v
Nowhere is Praga’s revival better illustrated than ulica Ząbkowska, the natural gravitational point for all the Boho and artistic types who have recently ma
see more
Places of Interest

Plac Konesera 2
/warsaw/praga-koneser-center_156425v
Located in what was once the legendary Koneser Vodka Factory, which produced the spirit from 1897-2007, the area is huge, and for a long time lay almost …
see more
Bars & Pubs

Al. Zieleniecka
/warsaw/skaryszewski-park_119080v
Skaryszewski Park is one of the most beautiful in Warsaw, but also one of its most notorious thanks chiefly to its popularity with people who do odd things in …
see more
Tourist Information

ul. Targowa 54
/warsaw/rozycki-bazaar_19573v
Once regarded as Warsaw’s premier bazaar, the rambling Różycki Bazaar in the Praga district has seen its popularity wane since 1989. Black
see more
Places of Interest

ul. Mińska 25
/warsaw/soho-by-yareal_144897v
Across all of Poland, the trend for turning old industrial spaces into cultural hubs is progressing well, and why should Warsaw be any different, huh? The 8ha …
see more