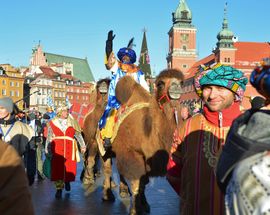 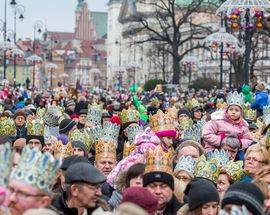 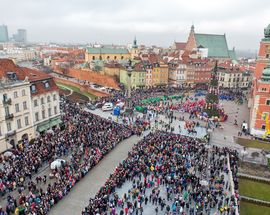 Three Kings Day, known as 'Epiphany' in most of the west, is a national bank holiday in Poland observed on January 6th each year, as part of the country's annual holiday traditions. Not only a day off from work, Three Kings Day is celebrated with colourful and grand processions in most major cities in Poland. The parade honours the three wise men - Kaspar, Melchior and Balthazar - who visited Jesus at his birth, with costumed characters representing the kings themselves, as well as their courtiers, passing out candy to those along the procession route.

In Warsaw the annual holiday procession begins at 12:00 with the Angelus prayer near Sigismund’s Column on Plac Zamkowy, before winding its way through the Old Town to the live nativity scene on Plac Piłsudskiego.

Plac Zamkowy
/warsaw/plac-zamkowy_153446v
Most visits to the Old Town begin on Plac Zamkowy, the primary landmarks of which are the Royal Castle and the famous King Sigismund’s Column. More of a …
see more