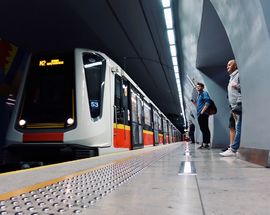 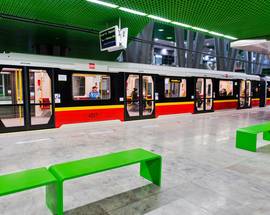 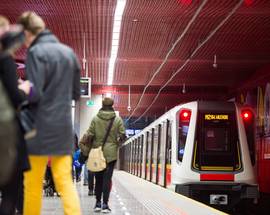 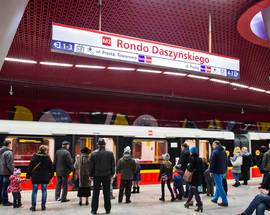 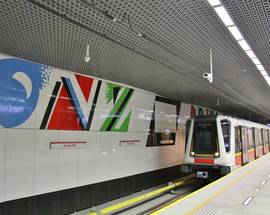 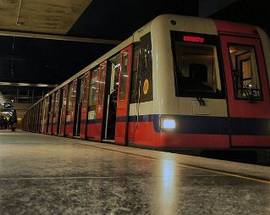 Metro-Morphosis: The Warsaw Metro - Then & Now

History of the Warsaw Metro

The opening of the second line of the Warsaw Metro in March 2015 was a huge accomplishment for the city and indeed the country as a whole. Although it originally comprised of only 7 stations, it immediately connected the radically different Eastern and Western sides of the city that the Vistula River and history have divided. For commuters and every-day Varsovians the second line drastically changed their daily routines, offering much faster and more convenient connections. For tourists, the east-west M2 line acts as a main artery to many of the city’s most interesting attractions and museums, many of which are within close proximity to Metro stations.

The new line is truly a marvel of modern design and civil engineering. As the pictures attest, the city made a lot of bold decisions with respect to the overall architectural planning as well as the look, lighting design and even colours of each new station. The world renowned Polish artist Wojciech Fangor was tapped to design the artwork colour scheme and fonts for each station and, dare we say, the effects are truly stunning. Of course you might have a few Varsovians still grumbling about the long delays and the massive cost of the new line, but take that with a grain of salt. After all, the mere four years it took to complete this second line are a drop in the bucket compared with what it took to get the first line up and running.

Tentative construction of a Warsaw metro system first began in 1938 and was spearheaded by the forward-thinking mayor Stefan Starzyński. The line finally opened for business a whopping sixty years later in 1995! To be fair, engineers and designers had a lot to deal with in the interim, namely the ravages of the Second World War and the perils and trials of Communism. Plans for an underground system had originally been discussed as early as 1918, but the depression saw all preparations shelved. Starzyński was the first to raise the metro from the dead, and work on both the North-South and East-West lines actually began under his eye in 1938.

Originally projected to open in the mid-1940s, the outbreak of WWII put an end to those ambitions. Peacetime and then communism brought a change in priorities. City planners were called to create a super-deep underground system, primarily to allow for swift Soviet troop movements below the city. By 1953 over 700 metres of tunnels had been carved underground but the death of Comrade Stalin saw all works abandoned. The financial woes that beset Poland over the following decades meant the citizens of Warsaw had to wait until 1984 before the government finally rubber stamped the plan to resume. The project was plagued by mismanagement and a lack of funds, so much so that at one stage drilling was progressing at a rate of only two metres per day. Finally, in 1995, the M1 line north-south line consisting of 11 stations and rolling stock donated by Russia was opened.

Today the first line of the metro spans 21 stops across the North-South axis of the capital, and it intersects the East-West M2 line at the pivotal (and somewhat poetic) Świętokrzyska (Sacred Cross) station. Opened in 2015, it originally consisted of 7 stations, and now consists of 15 stations, with plans for 18 by the end of 2022. An M3 line is also now in the works, with no timetable for its opening as of yet.

The key to a thorough exploration of the Polish capital, tickets for the Metro are the same as for trams and buses, and can be bought from automated machines outside each station. To reach the platform you must pass through the gates; enter your ticket into the gate to validate it and hang on to the returned ticket until you leave the underground.