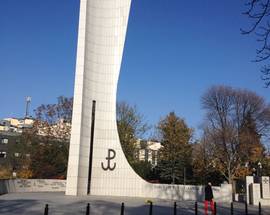 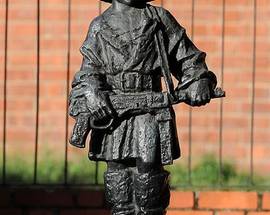 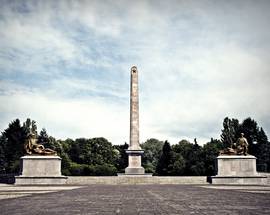 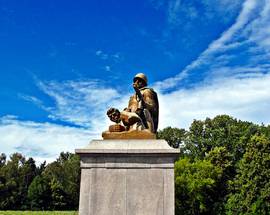 The months of August and September are especially nostalgic for Varsovians in large part because of the long shadow the both heroic and tragic events of the Warsaw Uprising still cast over the capital to this day. One of the hardest things for generations of Poles to process is the fact that Warsaw was all but abandoned by both Western Allies and the Red Army. The latter of which in fact had already reached the boundaries of the city before the conflict even began and could have intervened to tip the scales and prevent the massive loss of life and total destruction of the city. Only once the Nazi’s had finally flattened the city entirely and begun their full-on retreat to Berlin did the Red Army march into the city. They flooded into the decimated capital as liberators, without firing a single shot during the Uprising itself. And so began 55 years of Communist rule and Soviet control over Warsaw and Poland.

Though Poland never joined the Soviet Union, the Communist government was all but personally installed by Stalin and he would control the Polish ‘satellite’ with an iron grip until his death in 1953. While many of Stalin’s more outright atrocities are well documented, what many don’t realise is how much of a master propagandist he was and how well he wielded what can only be called ‘soft power.’ Very quickly after the end of World War II he immediately saw for the allocation of funds to help rebuild the Polish Capital. Many of the buildings were constructed in the brutalist yet grandiose socialist style and are still standing to this day. None are grander than the Palace of Culture itself.

Along with buildings and massive infrastructure investments (including tunnelling what is now the first line of the Warsaw Metro, Stalin built cemeteries all over the country to bury and honour the 600,000 Red Army soldiers that died fighting the Nazis on Polish territory. The largest and most impressive of these cemeteries in the capital is the Red Army Cemetery on ul. Żwirki i Wigury which you can still visit to this day (see photos on the opposite page). Alongside the graves and tombs, massive statues and monuments were also constructed celebrating the sacrifice of the Red Army and glorifying their liberation of Poland. As Warsaw was still very much rebuilding, many of these Soviet monuments also found their way to newly built parks, squares, cemeteries and public spaces all over the capital and indeed Poland at large. You can still see many of these to this day, although there time is officially running out.

In late June 2016 the state Institute of National Memory, known as the IPN in Polish, definitively decided to go ahead with the removal of 229 monuments and plaques relating to the Soviet “liberation” from locations all over Poland. Pawel Ukielski, deputy head of the IPN, said, “the plan covers structures put up in the 1940s and '50s to glorify the Red Army's march through Poland at the end of World War II as it was defeating the Nazi Germans.”

According to Ukielski, the new plan does not include monuments in cemeteries or the burial sites of Red Army troops, which means that the aforementioned Red Army Cemetery in Warsaw will remain untouched, for now. One monument that will almost certainly be removed however is the controversial monument to the Soviet army in Skaryszewski Park. The monument in question (see photo on opposite page) is located near the entrance to the park and commemorates the killing of twenty-six Red Army soldiers by the Nazis in 1944. Originally the monument, which features a low-relief sculpture of a Red Army soldier, was constructed over the graves of the soldiers in a different area of the park. In 1968, their bodies were exhumed and moved to that Red Army Cemetery on ul. Żwirki i Wigury. The monument itself was also relocated to the more prominent position which it now occupies.

Under the IPN’s monument removal plan (estimated to cost up to 2 million zloty), the monuments are to be put on display in an open air museum for the purpose of teaching about history in Borne-Sulinowo, a town in the northwest where Soviet, and later Russian, troops were stationed until 1993. There is no official timeline for the removal of all the monuments, however Ukielski suggested the museum in Borne-Sulinowo could be ready to open by September 1st, 2017. Regardless of what you may think about the removal of the monuments, and the potential historical implications of such a decision, this is the last chance to see many of these monuments before they are permanently put out to pasture.

Pl. Defilad 1
featured
/warsaw/palace-of-culture-science_18453v
For all the aggressive westernisation that has overcome Warsaw, the four decades of communism have yet to be completely erased from the face of Warsaw. You …
see more
Featured
Cemeteries

Al. Żwirki i Wigury 51
/warsaw/soviet-war-cemetery_20635v
Dominated by a huge needle-like monument this is one of the first Warsaw landmarks seen on the way from the airport. The towering monument was one of the first …
see more
Public Transport