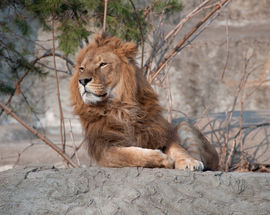 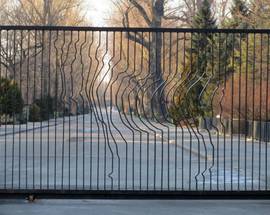 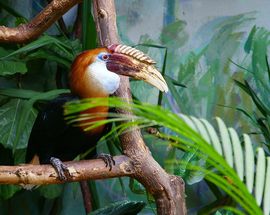 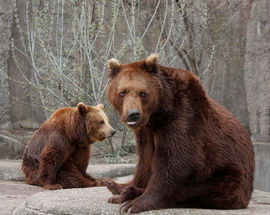 If the story about the 'Praga bears' piqued your interest in animals then head to the nearby Warsaw Zoo, which was opened in 1928 and covers an area of 40 hectares. More than 500 species (over 12,700 animals) call it home and that includes all the biggies you’d expect: lions, gorillas, giraffes and elephants to name a few. As with every major Warsaw landmark, the zoo has plenty of war stories. It was bombed at the beginning of the conflict and by 1945 all the animals had either been killed, deported to the Third Reich, eaten by locals or escaped into the wild. Zoo director Jan Żabiński, became something of a hero; wounded during the 1944 Uprising, Żabiński helped save countless lives by sheltering Jewish orphans inside the grounds of the zoo. The zoo officially re-opened in 1949.

Praski Park (entrance from Al. Solidarności)
/warsaw/praski-park-bears_18411v
Once part of Praga district folklore, the bears of Al. Solidarności will never again feature in the noisy roadside enclosure! Strangely enough, bears lived on the concrete island in the
see more

ul. Ratuszowa 1/3
/warsaw/warsaw-zoo_21314v
Opened in 1928, Warsaw Zoo covers an area of 40 hectares and attracts some 500,000 visitors each year. Four elephants, a family of seals and a lion were added to the current collection of reptiles, birds and tigers. In total there are
see more