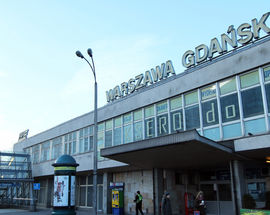 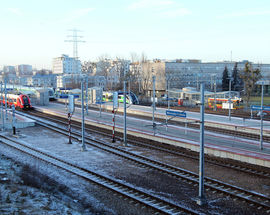 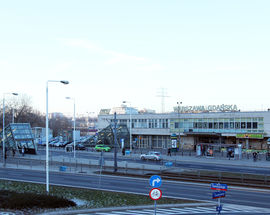 Originally opened in 1880 as Vistulan Main Train Station (Główny Dworzec Kolei Nadwiślańskiej) it was later renamed Warsaw Kovel Station (Warszawa Kovelska) and served as a junction between Warsazawa Wileńska and the now non-existent Warszawa Main Railway Station for passengers having to switch from Russian gauge lines on the Petersburg-Warsaw line to the European gauge Warsaw-Vienna line. Following World War I, the station was renamed Warszawa Gdańska, however, later rail expansion in Warsaw in the 1930s and events after the Second World War led to the station losing its importance. Following renovation, the station is now connected to Dworzeć Gdański M1 (line 1) Metro Station. Today, Koleje Mazowieckie (Mazovian Railways) run regional and suburban services from the station on the KM9 line to Ciechanów and Działdowo (stopping at Legionowo and Modlin Train Station).
Show on map