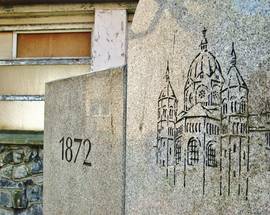 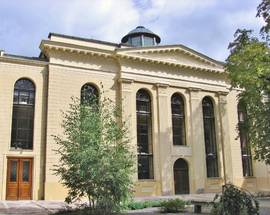 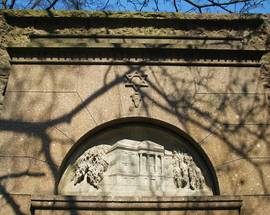 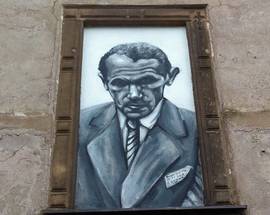 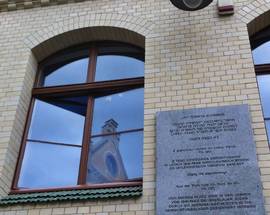 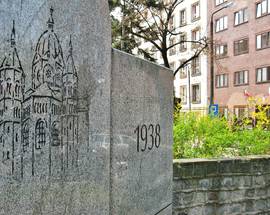 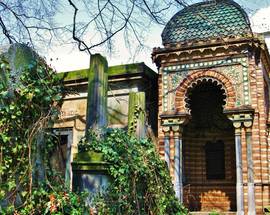 Wrocław’s Jewish community is one of the oldest in today’s Poland, dating back to the 12th century when the city was an important trade centre along the Amber Road. Though consistently confronted with persecution, Jews have steadily played a role in the development of the city. By the end of the 19th century, in fact, the Jewish community was so well integrated into Breslau society that many Jews had achieved leading positions in academic and scientific circles; at the time, these men were not considered any less German than they were Jewish. Breslau (as it was then known) possessed the second largest synagogue in Germany and its Jewish community was the third largest in the country with numbers that had risen to 30,000 by the time Hitler came to power.

It doesn’t require much detail from us to know what befell Breslau’s wartime Jewish population. The city’s once magnificent main synagogue - torched on Kristallnacht (November 9, 1938) – says enough, with only a small memorial remembering where it once stood at ul. Łąkowa 6. What few people realise is that after the war when German 'Breslau' became Polish 'Wrocław,' the city’s Jewish population actually increased dramatically beyond its pre-war levels as the city accepted some 70,000 Jews displaced by the war – many from the Soviet Union. Ironically, Wrocław’s Jewish population reached its peak immediately after WWII; however, the anti-minority politics of the Soviet Union and communist Poland slowly shrank their numbers until they had been forced out of the country almost completely, with the persecution culminating in 1968. Since the fall of the Soviet Union that number has been slowly rising again and today there are some 800 Jews living in Wrocław, part of a gradual transition from tracing the past to plotting the future - a ray of hope was the 2010 reopening of the White Stork Synagogue.

ul. Włodkowica 5
/wroclaw/bente-kahan-foundation_71208v
Founded in 2006 to accomplish the renovation of the Synagogue, this outfit organises the monthly events that take place there, including exhibitions, film …
see more
Museums

ul. Włodkowica 7
/wroclaw/white-stork-synagogue_55085v
The only synagogue in Wrocław to escape the torches of Kristallnacht, the White Stork was built in 1829, taking its name from the inn that once stood in its …
see more