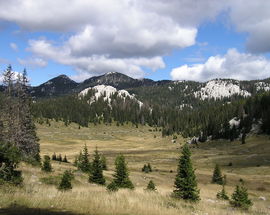 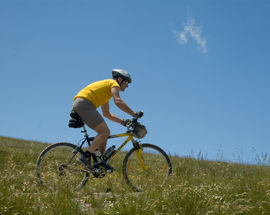 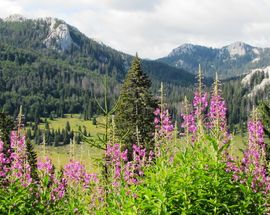 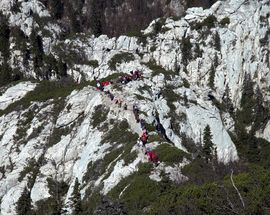 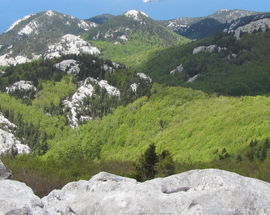 Huge, seemingly bare masses of rock full of crevices, impenetrable forests, glades large and small, grassy karst valleys, chasms, sinkholes, ice caves, ponds and limestone pavements... The Northern Velebit is a real mosaic made up of the most diverse habitats which are home to many plant, animal and fungus species, a natural wealth which has only just begun to be discovered. It is exactly this diversity of karstic forms, plant and animal life and natural landscapes which was the reason why the Northern Velebit was proclaimed a National Park. The Northern Velebit is an ideal place to visit for anyone who prefers an active holiday and spending time in pristine nature with the sense of a primordial wilderness. Biking, hiking, photography… the choice is yours. Among the best-known locations in the National Park are Zavižan, the Velebit Botanical Gardens, the Premužić Trail, Štirovača, Alan and Lubenovac. Normally it is said that people conquer mountains, but the Velebit is a mountain range that conquers the hearts of its visitors.
Zavižan and Alan are areas undergoing continuous change with open grassy spaces, thick green forests and huge limestone boulders, all surrounded by the peaks offering magnificent views of the sea and the Lika region. In the Velebit Botanical Gardens you can enjoy the wealth of the Velebit flora, the diversity of its plant communities. Štirovača is an area of exceptionally thick forests of spruce and fir and is home to the only wetland in the Park. Lubenac, a spacious Velebit grassland, is fascinating for its numerous ruins of old shepherds’ cottages and dry stone walls which bear witness to peoples’ lives in the mountains in times past, and are monuments of this region’s cultural heritage. The Premužić Trail takes you to the very tips of the Velebit range and is amazing both for the feat of engineering it represents and for the diversity of the karst formations it passes through.

/zadar/the-alan-shepherds-hut_154789v
The renovation of the shepherds’ huts within the Park has made possible overnight stays for visitors and the reintroduction of traditional livestock farming as an essential management measure for the preservation of biodiversity. The huts serve both for
see more

Krasno 96, Krasno
/zadar/velebit-house_154788v
Velebit House is a visitor and information centre for visitors to the Northern Velebit National Park. It is located in the village of Krasno, one of the mountain’s largest settlements. The Centre presents the natural and cultural wealth of the Park in a
see more