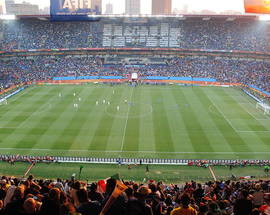 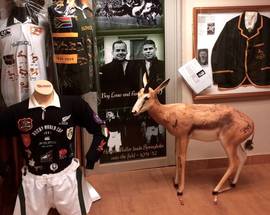 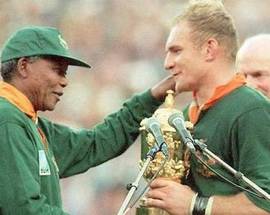 In 1995 Nelson Mandela took to the pitch at Ellis Park Stadium (renamed Emirates Airline Park in 2014) wearing a Springbok jersey to present the Rugby World Cup Webb Ellis trophy in what was a key symbolic moment of post-apartheid reconciliation, later made internationally famous in the Hollywood film Invictus. Since then the Springboks have achieved several more fine victories against visiting teams at this ground which is considered somewhat of a Springboks fortress.

The stadium is also the home ground for Joburg's Lions rugby team. Tickets for Lions games usually cost from as little as R80. Although this substantial stadium doesn't fill up for local games, there's a delightful family-friendly atmosphere.