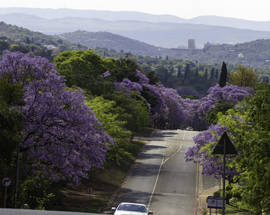 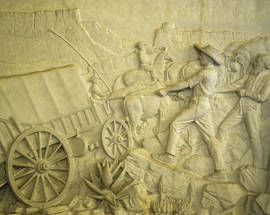 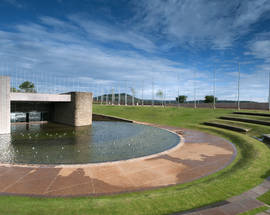 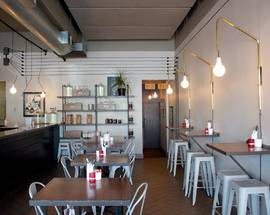 Often overshadowed by the flashier and faster Johannesburg, Pretoria’s main claim to fame is as the administrative capital of South Africa. Founded in 1855 and named after the Voortrekker leader Andries Pretorius, Pretoria is also often referred to as the Jacaranda City because of the thousands of jacaranda trees that each spring cover the city in a purple haze, or now more commonly by its official name of Tshwane. A gentle antidote to Joburg's hustle and bustle, the city also has a remarkable history meaning there's always plenty to do on a day trip.

Central Pretoria has a wealth of historic architecture, most of it dating back to the early 20th Century. Many of the best preserve older buildings are home to museums such as the Paul Kruger House Museum, the Ditsong Museum of Natural History and the delightful Melrose House Museum.

To the east of the city centre is the grand suburb of Arcadia, home to the residence of the President, the grand Union Buildings (the seat of the South African government) and the many mansions of international Ambassadors whose embassies are based in Pretoria. Bordering Arcadia is Hatfield, where you'll find the sprawling University of Pretoria campus and the excellent Javett UP Art Centre, one of the finest modern and contemporary art museums in the country. Further east is the beautiful Pretoria Botanical Gardens and the upmarket suburbs of Menlyn, Brooklyn, Menlo Park, Waterkloof and Lynwood where you'll find many of Pretoria's best restaurants.

To the south is the suburb of Centurion, most famous for its cricket ground SuperSport Park and Irene, where you'll find the Jan Smuts House Museum.

Government Ave, Blackmoor, Pretoria
featured
/johannesburg/Union-buildings-and-the-Nelson-Mandela-Amphitheatre_123194v
Designed by Sir Herbert Baker to commemorate the 'Union of South Africa' in 1910, the Union Buildings are the official office of the President. The 270m long …
see more
Featured
Sightseeing