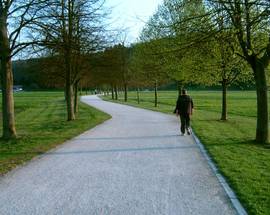 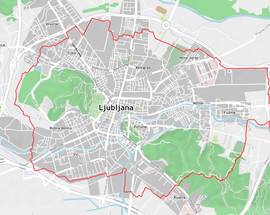 Also known as the Green Ring or PST, the Path of Remembrance & Comradeship circles the city, covering some 33km. During the Second World War Ljubljana was occupied by the Italians and in order to prevent communication between the underground activists in Ljubljana and the partisans in the surrounding countryside, a barbed wire fence was erected where the path now stands. Work on the path started immediately following the war, but it wasn’t completed until 1985. Some 7,400 trees now surrounded the gravel-paved route, which is perfect for jogging, walking or cycling. Memorial pillars along the way mark the locations of bunkers from the war, and information boards keep the walker informed about what happened here. The closest weekend to May 9, the date of Ljubljana’s liberation, is commemorated with a march along the route, with thousands taking part.