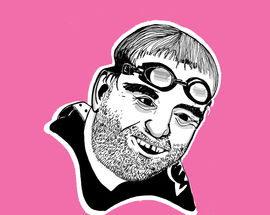 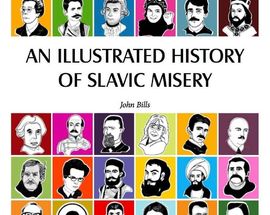 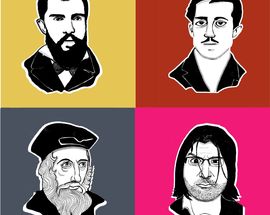 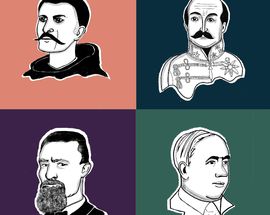 The Greatest Athlete in the Whole World

Who is the greatest swimmer of all time? Ask any chap on the street and they'll probably run away due to the strange question, but if they do manage to answer they will come out with with the usual suspects. Mark Spitz, Ian Thorpe, Michael Phelps, maybe some other Olympians. The archetypical swimmer, the athletic body, the elegant technique, the great smile and in Spitz's example, the textbook moustache. What if I told you that none of the above can rightly claim to be the greatest swimmer of the human race? What if I told you that at the pinnacle of swimming you will find an overweight man, who may or may not be a raging alcoholic, born in the village of Mokronog in southeastern Slovenia? Ladies and gentlemen, let me introduce you to Martin Strel.

Who? Well, pretty much all you need to know is written above. Martin Strel was born in Mokronog on October 1, 1954. He’s overweight. He drinks a lot of alcohol. Oh, and he swims big rivers, from start to finish. And by big rivers, I mean BIG rivers. We're talking Danube big. Mississippi big. Yangtze big. AMAZON big. Martin Strel has created a legend of himself by swimming from the start of a river to the end of a river, usually in an astonishingly quick time, all in the name of greater awareness for the plight of the world’s rivers.

Mokronog itself has had little or no impact on the history of the world. It was once the centre of a big leather industry, but the big factory was destroyed by the Nazis in 1943. 11 years later however, Martin Strel entered the world. His early years were fraught with difficulty, as his father frequently veered into the abusive territory. As legend goes, and with Strel the legend is as valid as the truth, his first swim was an attempt to escape the violence of his father. The tales continue, as he supposedly learnt to swim by damming the Mirna river to create his own pool. One day, when Strel was 10, a troop of soldiers had a race in his pool, with a crate of beer for the winner. Despite being half their size and less than half their age, Strel won the race, and subsequently the beer. He has been swimming and drinking ever since.

He went to Ljubljana as a teenager, where he worked an assortment of odd jobs such as paper boy, mechanic and brick layer. He was discovered, Hollywood style, at the age of 24, by the Yugoslav long-distance swimming coach. Within three months he had completed his first 20 mile race. It was his swimming ability that allowed him to get away with what must surely be a record 42 desertions of the Yugoslav army in his one-year service. That or his ability to complete a Rubik's cube in under a minute. He needed a job post-army though, so he became an infrequent guitar teacher (he's the finest flamenco guitarist in Slovenia) but mostly a professional gambler. Gambling, it could be argued, is the only thing he loves as much as swimming. And alcohol.

His first big swim came in 1992, when he swam the 63 mile Krka river in 28 hours. Non stop. It was a cold and miserable experience, understandably, but it gave Strel something approaching a new goal, a new mission in life. He was going to do all he could to promote awareness of the state of the rivers of the world, of their pollution, of their decline. As he said himself, without water we are truly nothing. He was going to do this by swimming the longest, most imposing rivers in the world, and he practiced by becoming the first man to swim from Africa to Europe, in 1997. Seven had perished attempting this feat before him. He swam the Danube, the second longest river in central Europe at 1,867m, in just 58 days. During this swim he also managed to set a world record for the longest continual swim, when he swam 313 miles in 84 hours, non stop.

Just let that sink in for a second. 313 miles. Three Hundred, and Thirteen miles. For 84, Eighty-Four hours non-stop. Doing anything for 84 hours is difficult. Heck, doing any single act for four hours is hard enough. Being basically awake for 24 hours is often impossible. But swimming, for 84 hours? Awe my friends, awe and respect.

He followed this feat by swimming the length of the Mississippi, two thousand three hundred and fifty miles, in 68 days. Then, he swam the Yangtze, China's behemoth (2,487m), in an astonishing 51 days, all the while dodging waste and corpses in one of the most polluted rivers in the world. This was all in preparation for his ultimate challenge, possibly the ultimate challenge in the world of big river swimming. It might not be the longest river in the world, but it is the most difficult in regards to swimming I would imagine. I'm talking about the Amazon.

To describe the Amazon swim as a challenge is a grand understatement. It is doing a disservice to what Strel achieved with this swim. It was such a huge, ambitious project, that a documentary was to be made about it, entitled 'Big River Man'. Strel swam 3,274 miles in 66 days, sleeping around four to five hours a night at most. He could rarely see below the surface of the dirty water and constantly had to deal with the threats of pirates and with tribes that were hostile to his presence and considered Strel to be a demon. This without mentioning the animals that live in the Amazon, the dangerous bastards that Strel would contend with on a day-to-day basis.

The list is pretty much the most terrifying list of all. The Amazon is home to the Bull Shark, the shark that is believed to have killed more humans than any other of its kind. Then there are the piranhas, often considered the most vicious of all fish, stingrays, electric eels, crocodiles, catfish that swallow dogs whole and snakes, oh the snakes. There are so many different types of snake in the Amazon. Oh yeah, and the Candiru, which gets in to you through any orifice, locks itself in with a spike and then feeds on your blood. It's most famous route is through your urine by the way, that is to say through your urethra and up your schlong. This isn’t exactly true, but that doesn’t mean I’m going to be heading to the Amazon riverside for a tinkle any time soon. The natives don't swim here, so how would an obese alcohol-fuelled Slovene cope?

Well, he went mad, quite obviously, but he managed to complete the course without any interaction with the animals other than a brief spat with some piranhas. He claims that this is all because of the respect he showed the nature, that and the fact he was escorted a large portion of the way by a group of pink dolphins. That sounds like something out of a crazy dream obviously, and it might be, but the fact is that Martin Strel swam the length of the Amazon, a distance that is longer than the width of the Atlantic Ocean. Let that sink in as well, because holy moly that is a loooooooong river. He did this whilst under immense pressure due to the increased profile and huge production that came along with it. Many livelihoods depending on his being able to continue swimming. His skin blistered to the point where he had to swim in a home-made cloth mask which looks like that worn by an insane asylum dweller in the nineteenth century. His doctor even made him sign a waiver stating that he was swimming against her advice. But still, he did it. Somehow, he did it.

Whatever your opinion of him, it is difficult to not view the achievements of Martin Strel with awe and respect. He drinks two bottles of wine a day and is a fervent believer in the benefits of being overweight. If I was swimming 52 miles a day, I would definitely require some sort of fatty reserves, and Strel has them in abundance. He is a very bullish, confident man, prone to embellishment. Why wouldn't he be? Every time I attempt to criticise the man, I keep coming back to thoughts of his swims. The length of the freakin’ Amazon. Let the guy be rude, he swam for 84 hours non-stop. He's earned the right to be insane.