Zielona Góra in Autumn benkrut
share post a comment
Found some 170km southwest of Poznań, and 160km northwest of Wrocław, the town of Żagań (Sagan) was the site of one of the most celebrated prison breakouts of all time.

Immortalised in the 1963 Hollywood blockbuster 'The Great Escape,' the daring break from the Nazi prisoner-of-war camp Stalag Luft III has since been ingrained into English and Commonwealth culture. Opened in 1942 outside the German town of Sagan (now Polish 'Żagań'), the camp was designed to hold thousands of captured Allied airmen, including the most persistent escapees inside the Reich’s network of prisons. Undeterred by tight security, a hardcore band of 250 POWs, led by Squadron Leader Roger Bushell, planned to tunnel out of the complex before setting off independently for neutral territory. Even though the chances of success were slim, Bushell hoped that the very notion of 250 allied airmen loose inside the Third Reich would be enough to create an internal security headache, hence diverting important Nazi military resources.

Having assembled a team of forgers, craftsmen, tailors and engineers, Bushell’s ‘Escape Committee’ spent months building a trio of tunnels, all the time averting detection in what was to become a game of cat and mouse with the camp guards. Using improvised materials as diverse as tables, water cans and spoons, the men created tunnels that were a triumph of ingenuity. Prisoners moved underground on trolleys, having entered through a concealed access point in a shower drain. The tunnels were fitted with electric light, ventilated by air pumps and shored up using approximately 4,000 bed boards stolen from around the camp.

Displaying a meticulous attention to detail, Bushell and his cabal ensured escapees were provided with civilian clothes, forged papers, currency and maps. Around 200 tonnes of sand and earth were excavated, then carefully deposited in the exercise yards by POWs with long bags hidden inside their trouser legs, or inside the two other storage tunnels.

The tunnel was completed on March 24/25, 1944, but unexpected air raids and tunnel cave-ins allowed only 76 men to make it through before camp guards uncovered the escape. Those who did make it through set off on foot or by rail, though poor directions and pitch darkness meant many escapees hoping to catch trains couldn’t find the station until daybreak - by which time the die had been cast. In total only two Norwegians and one Dutchman made it to safety.

On hearing of the escape, a fuming Hitler initially ordered all escapees to be shot upon recapture, as well as the camp’s architect, security officer and the guards on duty at the time. The Geneva Conventions prevented this original order from being carried out, however 50 of the escapees were executed, 17 were returned to Sagan, four were sent to Sachenhausen and two were delivered to Colditz.

Film buffs should take into account that the screen version of events took several artistic liberties – much to the irritation of many survivors. There was no motorbike chase (actor Steve McQueen requested it be added), nor were any Americans involved; all U.S. prisoners had been moved to another camp several months earlier. Inexplicably, the Bushell character was renamed Bartlett in the film (he’s played by Richard Attenborough), a fact visitors should keep in mind when visiting the graves in Poznań since “Bartlett” won’t be found.

Where to see more about prison camps in Lubuskie?

Today Żagań is home to the Prisoner of War Camps Museum on the former site of Stalag Luft III, where the Harry Tunnel has been recreated and you can learn all the gory details (actually tragic, let's not be flip) of the famous escapade. In addition, this excellent museum brings to light the history of several POW camps in the area, particularly the deadly and deplorable Stalag Luft VIIIC, as well as the town's legacy as a POW detainment area during WWI and in the aftermath of the Wielkopolska Uprising. A fascinating site well worth visiting.

Places connected to the 'Great Escape' from Stalag Luft III

ul. Lotników Alianckich 6, Żagań
/lubuskie/escape-tunnel-harry-stalag-luft-iii_168818v
'Harry' was the nickname of the tunnel that the Allied airmen imprisoned by the Nazis in Stalag Luft III during WWII successfully completed and famously …
see more
Parks & Cemeteries

Park Cytadela
/lubuskie/british-military-cemetery_96759v
Citadel Park hosts several cemeteries, but the one typically of most interest to tourists is British Military Cemetery (also known as the Commonwealth …
see more
Żagań 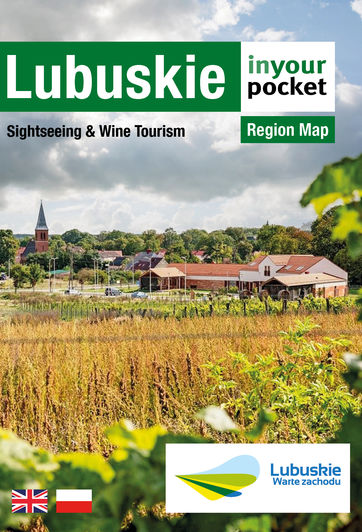