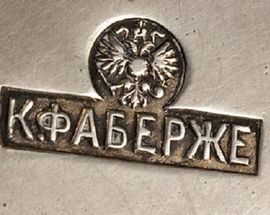 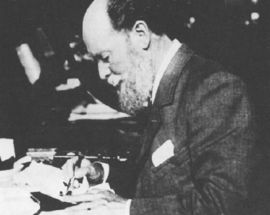 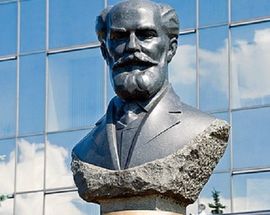 St. Petersburg’s House of Fabergé first impressed Tsar Alexander III and his wife, Maria Fedorovna in 1882 when the royals visited their exhibit at the Pan-Russia Exhibition in Moscow. Three years later, the 39 year-old Carl Fabergé was named Supplier to the Imperial Court. Alexander’s first commission was inspired by the Russian folk tradition of exchanging eggs at Easter time. This first offering, known as the Hen Egg, was a gift for the Tsarina, and met with instant success. Closely resembling a real egg and covered with white enamel, the egg opened to reveal a chicken covered with diamonds, holding in its beak a tiny sapphire egg. Maria Fedorovna was delighted. The Tsar quickly resolved to present an egg every year. Each one should be unique and each should contain a surprise.

From 1897, following the coronation of the new Tsar Nicholas II, Fabergé would bring two eggs to the palace; one for Maria Fedorovna, Nicholas’s mother, and one for his wife, Alexandra. Today the eggs together are snapshots of this period of Imperial history, especially in the later years of the reign of Nicholas II when the family became increasingly closed off from the public, the eggs have a personal emphasis. The Coronation Egg of 1897 was made to commemorate the coronation of the new tsar in May 1896. Glittering gold with black enamelled imperial eagles at each intersection adorned it. The surprise inside this egg was a miniature copy of the carriage the tsarina rode in when she arrived in Moscow right down to the red upholstery inside. This copy took 15 months to make. The art nouveau Lilies of the Valley Egg, made for Empress Alexandra Fedorovna in 1898, contained portraits of Nicholas II and the Grand Duchesses Olga and Tatiana in miniature. The Tsarevich Egg of Easter 1912 honouring the Crown Prince Alexey with a double headed eagle inside covered the front and back with diamonds. Eggs were also created to mark the completion of the Trans-Siberian Railway and the 300 year anniversary of the Romanov dynasty.

The Fabergé Phenomenon
With the royal seal of approval, the Fabergé enterprise grew dramatically; eventually employing over 500 people, including many of the country’s best gold and silversmiths, and opening five Russian offices and one in London. Carl Faberge’s younger brother, Agathon, a trained jeweller, also joined the business in 1882. Before they made eggs, they made such precise copies of Russian treasures that Tsar Alexander III couldn’t tell which was the original. Carl himself did not make any of the Fabergé eggs. It was, rather, his gift for marketing, his imagination, and his knack of keeping talented people which helped make him the most famous jeweller in the world. He also changed the way pieces were priced. Before him, price was relative to the quantity and purity of the precious materials. Fabergé’s pieces shifted the emphasis to craftsmanship and creativity - under him, jewellery making became art.

Where are they now?
Of the fifty Fabergé eggs, the whereabouts of 42 are known. After the Revolution, Carl Fabergé and his family fled the country. During the chaos of 1917, many eggs were lost. The two eggs which were scheduled to be delivered for Easter 1917, the Constellation Egg and the Karelian Birch Egg, were never given to the tsar. In fact the Constellation Egg was not completely finished. This is probably why it was only discovered years later, sitting in the Moscow Mining Museum covered with dust, while staff thought it was a lamp. Both are now in the Kunsthaller Museum in Munich. After the revolution, the mother of Nicholas II, Maria Fedorovna, escaped from Russia via Georgia taking with her one egg, the St. George Egg. In 1934 the Soviets gave an unknown number of eggs to Arnold Hammer to take to America to raise funds. Hammers’ notes have been lost and it is unknown which eggs he had with him and who he sold them to. The late Malcolm Forbes began collecting Fabergé in the 1960s, eventually purchasing nine eggs. It was the Forbes collection that Victor Vekselberg, a Russian oil tycoon, bought in 2004. This collection included the Hen’s Egg and the Lilies of the Valley Egg. Vekselberg planned to restore the collection, at long last and many years exile, to Russia. As of December 2013, it is possible to see some of the famous Easter eggs in St. Petersburg at the Shuvalovsky Palace on the Fontanka River Embankment (Nab. reky Fontanky 21).

The Moscow Kremlin Armoury holds ten eggs including the 300-anniversary of the Romanovs egg. While not all are on display at once, the eggs are an arresting sight. Amongst the museum’s many riches, these tiny objects (the Hen Egg is just 6.4cm high) are indisputably the crowds‘ favourite. No need to ask anyone where they are - just look for the glass display case surrounded by people. As the Fabergé eggs occupy such a unique place in Russian history, the Faberge style has not been without its imitators. Jeweller Ananov specialises in the Fabergé style and has created a Cathedral Egg series showing the different Russian cathedrals. His eggs also include mosques, concerts and Arabic legends. Another Fabergé imitator was born and raised in England, where he studied to be a jeweller. A chance remark at a family funeral revealed that he was in fact the illegitimate grandson of Carl. He now creates eggs in his grandfather’s style under the name Theodore Faberge. One of his eggs, created for St. Petersburg’s tercentenary celebrations, is now on display at Pavlovsk.

How to make your own eggs
As part of Easter tradition, Russians dye eggs in different decorations. Collect some onion skins and boil the eggs with the onion skins to turn the eggs a brown colour. In the place of onion skins, you can also use food dye. Before you put the eggs in the water, you can decorate the eggs by tying different herb leaves on to the egg. The flat leafed parsley works very well. You can tie the leaves on or you can place the egg in a snug little stocking or piece of gauze that holds the herb in place while the egg sits in the water. When the eggs look as if they have attained the right colour, remove them from the water. Take off the herb leaves and inspect your design, the parts where the leaf was should be white. The tighter the leaf sits on the egg, the crisper the outline will be. Then on Easter morning, exchange your eggs with friends and family and indulge in some egg smashing. By holding the fat end of the egg, smash it against another. The one with the hardiest egg which remains unbroken is the winner. For those who are less artistic, you can buy plastic shrink wraps to decorate eggs in traditional colourful designs. Slip them over the egg, and lower into boiling water and the plastic shrinks to fit the egg neatly. Voila! Easter egg decorated in less than a minute.
Art museums

Nab. reky Fontanky 21
featured
/st-petersburg-en/faberge-museum_133433v
One of the world’s finest collections is on display in the magnificently restored Shuvalov Palace, just a couple of minutes’ walk from Nevsky Prospekt. Pride …
see more
Featured