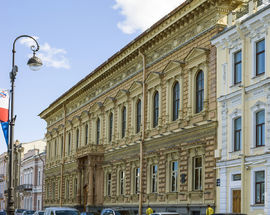 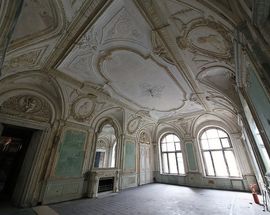 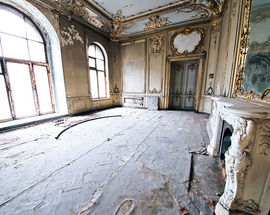 This mansion on 68 English Embankment was designed by the architect A. Krakau between 1859 - 1862 for Baron von Stieglitz. During the construction of the new building, two walls of old houses were partially used and the architectural appearance of the building boasts distinctly Florentine Renaissance motifs. In 1918, the owner was shot and the palace was nationalized. For a long time, it housed various institutions. In 1968, the mansion was taken under state protection.

In 1988, the restoration of the building began; it was meant to be used for a museum. But the revolutionary events of the late 1980’s and early 1990’s prevented these plans from being realized. The palace passed into private hands and remained empty for a long time. In 2011, the Stieglitz House was given to St. Petersburg State University. Although the interiors are in need of restoration, you can still feel the spirit of 19th century St. Petersburg when walking through the halls, which are beautiful in an eerie sort of way.