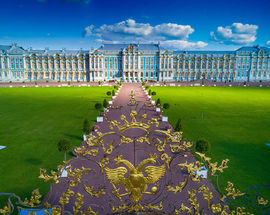 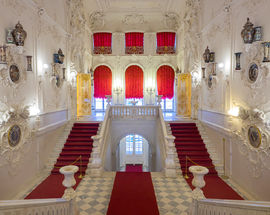 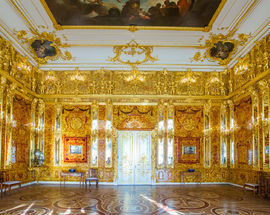 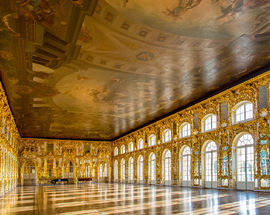 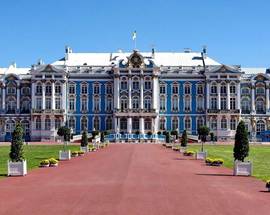 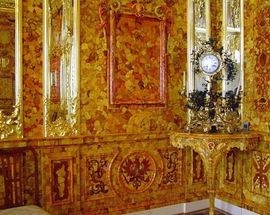 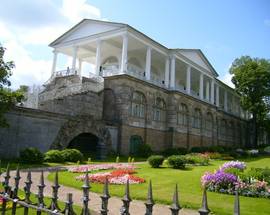 Catherine's Palace and the surrounding parks were created by Empresses Elizabeth and Catherine the Great. The palace, with its famous Amber Room, is an impressive post-WWII reconstruction, rebuilt with the help of the Germans. Once regarded as one of the modern “Wonder's of the World”, the newly restored Amber Room is overwhelmingly opulent and a fitting tribute to the extravagant empress who originally commissioned it. The adjoining Cameron Gallery has a magnificent view of the park and the Agate Room.

The parks and gardens surrounding the palace are dotted with many unusual buildings, including a Chinese village, an unusual pyramid structure where Catherine buried her favorite pets, a small Tatar mosque and various little pavilions and summer cottages. It's well worth taking a stroll around the park as well as visiting the palace itself, especially as you have to pay to enter the park (and after that the palace) anyway.