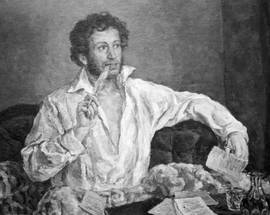 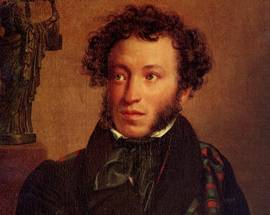 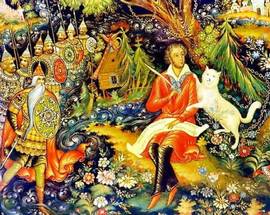 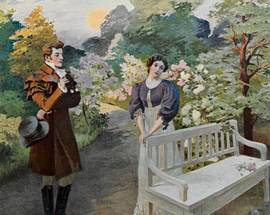 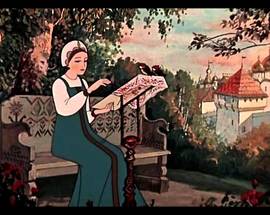 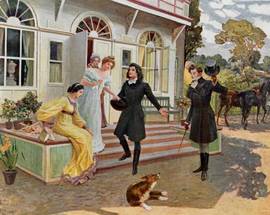 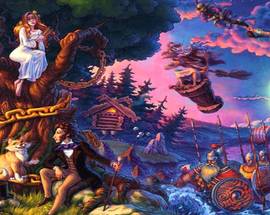 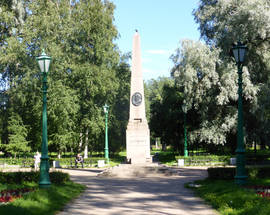 You see him here, you see him there. Yes – Alexander Sergeyevich Pushkin turns up absolutely everywhere in this country. Pushkin is widely considered by Russians to have been a true genius and for most Russians his lyrical works are some of the most beautiful ever written.

Russia’s most beloved poet died at the age of 38 in 1837, but his memory has stood the test of time. Across Russia and the former Soviet Union in every town you’ll find a Pushkin square and a Pushkin street and alongside the great statues of Lenin’s head, there’s also usually a giant statue of the lamb-chopped master. In St. Petersburg (where he died) there are no less than eight statues of him scattered around and the imperial suburb of Tsarskoe selo (where the great poet studied) is now named Pushkin in his honour.

Born in 1799, the grandson of an African slave who worked in the court of Peter the Great, Pushkin is often cited as the most famous and successful African-Russian. Even as a young student Pushkin lived his life largely as a rebel – he was frequently put under surveillance or exiled because of his strong commitment to social reform and was seen as a leader of the literary radicals of the time. Many of his most famous works, like Boris Godunov and Eugene Onegin were not published until much later on his short life, as the government and ruling tsars found his social criticism hard to swallow.

Pushkin’s death was certainly a tragedy. Believing that his beautiful and flirtatious wife Natalya Goncharova was having an affair with the handsome and dashing Frenchman George D’Anthès, Pushkin challenged D’Anthès to a duel. Both men were wounded but Pushkin's wound was fatal.

He was taken back to his apartment on the Moika canal and died two days later. His funeral was marked by unprecedented grief from his devoted admirers. The hysteria surrounding the funeral was so intense that the city authorities, fearing the outpouring of grief could turn to violence, moved his funeral to a smaller lesser known church in the city before his body was whisked off to be buried in the countryside.

Even to this day on the anniversary of his death (February 10th) you’ll see men and women positively weeping outside his apartment in St. Petersburg or near the lyceum where he studied in Pushkin and year round fresh flowers are left at his many monuments. Pushkin Day is celebrated every year on the birthday of the poet – June 6. During the day you can visit a lot of cultural events dedicated to the work of the poet, Russian language and literature. The most interesting events of course will be held at the Pushkin Museum and at the Memorial Lyceum Museum in Pushkin (Tsarskoe Selo).
Pushkin

Pushkin, Sadovaya ul. 2
featured
/st-petersburg-en/memorial-lyceum-museum_142767v
This intern school, closely connected to Catherine’s Palace, was originally designed as a school for the younger members of the imperial family so that, as …
see more
Featured
Russian writers

Nab. reky Moiky 12
/st-petersburg-en/pushkin-museum_9782v
In his famous adaptation of Horace’s Ode, Pushkin wrote that his soul would continue to live past death. Well, in this museum some other things remain as well: …
see more
Pushkin

Pushkin, Sadovaya ul. 7
EDITOR'S PICK
/st-petersburg-en/catherines-palace_142765v
Catherine's Palace and the surrounding parks were created by Empresses Elizabeth and Catherine the Great. The palace, with its famous Amber Room, is an …
see more
Editor's pick