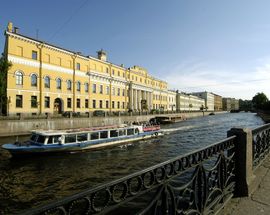 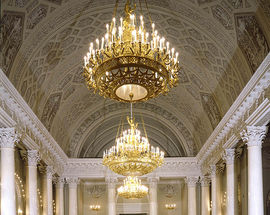 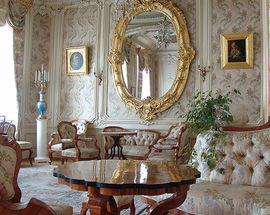 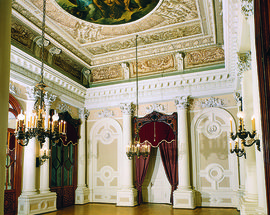 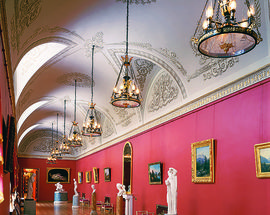 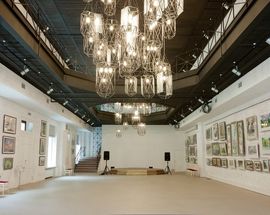 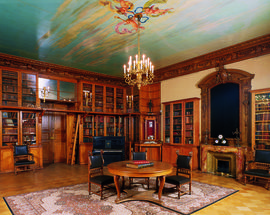 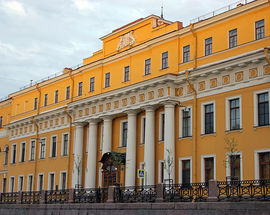 This palace was purchased by the wealthy Yusupov family in 1830 to house their art collection and retains an aristocratic atmosphere. It also was the scene of the grisly murder of the sleazy Siberian peasant and mystic Grigory Rasputin, who was exercising too much influence over the royal family for Felix Yusupov's liking. On the Rasputin tour you can see where Felix and his entourage tried to poison Rasputin in the cellar in 1916, before they beat him and chucked him into the Neva, where he finally died.

Pay your attention that the Living quarters of the young Prince Felix Yusupov temporarily closed for restoration.