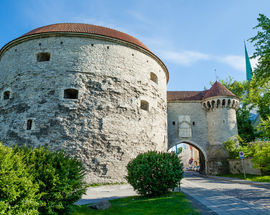 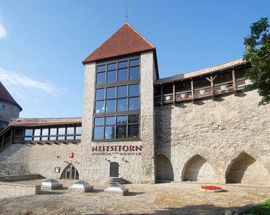 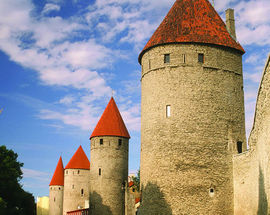 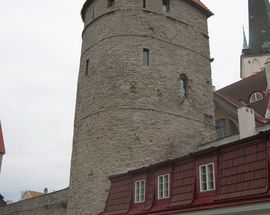 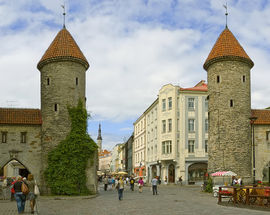 Tallinn Towers
One of the things that make Tallinn such an enchanting place are its medieval towers and fortress wall. Once upon a time towns all over Europe could boast similar structures, but today they have become a rarity. Originally built between the 14th and 15th centuries, the 66 original guard towers saw many battles, renovations and additions over the years, in fact the majority of them survived until WWII. Tallinn was largely spared the ravages of the last modern war and even today 26 of the mighty towers and nearly 2km of the original wall remain. Tallinn’s defensive systems were among the strongest in Northern Europe, and in fact they were so effective that the town itself was never taken by force. It’s partially thanks to these well-preserved towers that back in 1997 the Old Town was declared a UNESCO World Heritage site and the designation will help to ensure its protection for years to come. Today, the former defensive structures house museums, apartments, restaurants and even businesses.

The best way to get a true sense of what they must have been like is to go see them in person. If you have enough energy and some good hiking shoes, we advise you to take the complete tour around the city walls and have a look at all the towers. However, if you lack the time or strength to visit every last one, some of the best tower and wall views can be had at the Danish King’s Garden (D-1) or from the parks near Tornide Square (B-2). Below we have listed those that are open to the public, along with some of the other notable ones.

Towers you can visit:

Kiek In de Kök, D-2, Komandandi 2. This magnificent former cannon tower is so tall that the guards used to joke how they could peek into the kitchens below them, and that’s how it got its name. Today the tower houses a museum and is the gateway to Tallinn’s medieval tunnels (more here).

Maiden Tower, D-1, Lühike jalg 9a. This tower in the Danish King’s Garden looks quite a bit different from the other towers around town, and it has an equally unique history. You see, during the middle ages it was used as a prison for prostitutes and other unfortunate women. To this day it is supposedly the most haunted tower in all of Tallinn. Neitsitorn features a café as well as historical exhibits reflecting these fortifications and the stories that go along with them.

Fat Margaret, A-3, Pikk 70. It’s not hard to imagine how this sea-facing cannon tower got its name. At 35m in diameter and 5.5m at its thickest, the tower is indeed fat and it made harbour defences formidable. Today the tower houses the Estonian Maritime Museum.

Town Fortifications, B-2, Gümnaasiumi 3. Currently the only place to climb up onto the town wall , you’ll also get a chance to look around inside three of the oldest towers - Nunne, Sauna and Kuldjala.

Epping Tower Museum, B-2, Laboratooriumi 31. The focus of the museum inside this tower is an interactive exhibition that walks the visitor through the history and development of medieval defence systems. On display are items pertaining to the towers' history, including suits of armour and complete maps of how the town looked during the 15th-century (more here).

Viru Gates C-3. The main entrance into Old Town is marked by these beautiful twin gate towers, which are only a fraction of a previous gate structure. The gate entrance was composed of a large tower, walls and the existing two towers. Unfortunately the larger inner gate towers were destroyed, but if you close your eyes we’re sure that you can picture what they would have looked like.
History museums

Väike-Kloostri 1
/tallinn/nunne-sauna-and-kuldjala-towers_47115v
Three of the oldest towers are open to the public, entrance at this spot. Tour hours may vary. Call ahead to make sure they are open.
see more
Town Fortifications

/tallinn/viru-gates_47116v
The main entrance into Old Town is marked by these beautiful twin gate towers, which are only a fraction of a previous gate structure. The gate entrance was …
see more
Town Fortifications

Pikk 70
/tallinn/fat-margarets-tower_72626v
Originally constructed in the 14th century and arguably one of the top sights in the city, Paks Margareta as she is known to locals, is 82m in diameter and …
see more